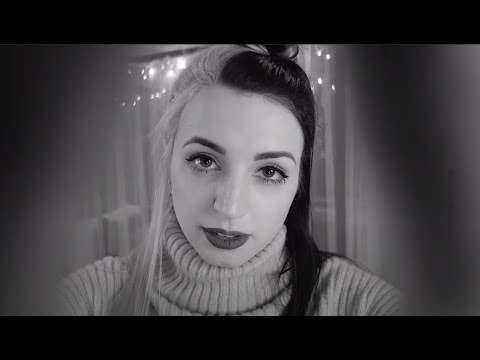 Autonomous Sensory Meridian Response (ASMR) — the relaxing ‘brain tingles’ experienced by some people in response to specific triggers, such as whispering, tapping and slow hand movements — may have benefits for both mental and physical health, according to new research.

In the first study of its kind into the physiological underpinnings of ASMR, researchers from the University of Sheffield found that those who experience the phenomenon had significantly reduced heart rates while watching ASMR videos compared to people who do not experience ASMR.

ASMR is the sensation experienced by some people in response to specific sights and sounds, described as a warm, tingling and pleasant sensation starting at the crown of the head and spreading down the body. The ‘tingles’ — sometimes described as ‘brain tingles’ or ‘brain orgasms’ — are typically accompanied by feelings of calm and relaxation.

There are more than 13 million ASMR videos on YouTube — including medical examinations, haircuts and massages and folding towel tutorials — which people watch to relax, relieve stress or sleep better.

Dr Giulia Poerio, of the University of Sheffield’s Department of Psychology, said: “Lots of people report experiencing ASMR since childhood and awareness of the sensation has risen dramatically over the past decade due to internet sites such as YouTube and Reddit.

“However, ASMR has gone virtually unnoticed in scientific research which is why we wanted to examine whether watching ASMR videos reliably produces feelings of relaxation and accompanying changes in the body — such as decreased heart rate.”

Researchers from the University of Sheffield’s Department of Psychology investigated whether ASMR is a reliable and physiologically-rooted experience with the potential to benefit the physical and mental health of those who experience it.

In one experiment, they studied the physiological changes that occurred when participants watched two different ASMR videos and one control (non-ASMR) video in a laboratory setting. Half of those who took part in the study were recruited because they identified as experiencing ASMR, with the other half were recruited as age and gender matched controls who did not experience ASMR.

The study found that those who experience ASMR showed significantly greater reductions in their heart rates when watching ASMR videos (an average decrease of 3.14 beats per minute) compared to those who do not. They also showed significant increases in positive emotions including relaxation and feelings of social connection.

Dr Poerio said: “Our studies show that ASMR videos do indeed have the relaxing effect anecdotally reported by experiencers — but only in people who experience the feeling. This was reflected in ASMR participants’ self-reported feelings and objective reductions in their heart rates compared to non-ASMR participants. What’s interesting is that the average reductions in heart rate experienced by our ASMR participants was comparable to other research findings on the physiological effects of stress-reduction techniques such as music and mindfulness. “

In another experiment, over 1,000 participants filled in an online survey after watching a selection of ASMR and control (non-ASMR) video clips, stating how frequently they experienced ‘tingles’ and their emotional response to each video. Those who experience ASMR were also asked also answered questions about their common ASMR triggers and general experiences of ASMR.

ASMR, or autonomous sensory meridian response, describes a phenomenon that produces a tingling feeling throughout your body.

Different audio and visual triggers, such as whispering, fingernail tapping, or watching a brush stroke a surface, can provoke this tingling sensation.

It’s similar to frisson, the chills some people get when listening to music, or the tingling you might experience when looking out at a vast, beautiful landscape.

Aside from just making you feel good, ASMR might also have the potential to help with feelings of anxiety.

The research is promising but (very) limited

ASMR’s entry into public consciousness is still fairly recent, and experts are only just beginning to explore the potential benefits of the phenomenon.

“Depending on your sensitivity and receptivity, the ASMR experience is said to provide a sense of calm and well-being,” explains Sadie Bingham, a clinical social worker who specializes in anxiety and provides therapy in Gig Harbor, Washington.

According to research from 2015, some people find experiencing ASMR helps relieve negative mood symptoms, including feelings of depression or stress. It also appears to help reduce chronic pain for some people.

Research in 2018 found evidence to suggest watching ASMR videos can slow heart rate, leading to a state of relaxation and calm. Study authors noted that many viewers also report an increased sense of connection with others, which can have a positive impact on general well-being.

Additional research from 2018 supports these uses, noting that other viewers found ASMR videos helped them:

Watching the videos may also serve as a distraction from anxious thoughts while also promoting feelings of increased relaxation.

Researchers don’t yet know exactly how or why ASMR happens for some people. But, as Bingham notes, “any time an experience doesn’t cause harm to you or anyone else, and may produce a sense of well-being, it’s considered beneficial from a therapeutic standpoint.”

It’s not for everyone, though

Here’s the catch: ASMR doesn’t work for everyone.

Research from 2017 suggests it may relate to specific Big Five personality traits.

People who don’t experience ASMR often report the videos make them feel creeped out, unsettled, confused, or bored. Even in people who do experience ASMR, certain sounds or visual triggers may not have the intended effect.

Some people also note that while certain triggers help relieve their anxiety, other triggers sometimes intensify their symptoms.

The ASMR experience appears to be somewhat related to the experience of misophonia, another phenomenon that isn’t fully understood. People with misophonia, which literally means “hatred of sound,” experience an extreme adverse reaction to specific sounds.

These sounds vary from person to person, but common misophonia triggers include repeated sounds like:

These sounds could make you feel anxious, stressed, panicked, or even enraged. An ASMR video that includes tapping or breathing might provoke these feelings instead of relaxing you.

If you try watching ASMR videos and don’t notice any response, exploring different triggers could lead you to more helpful videos. Just be sure to use your best judgment, Bingham recommends.

If you feel unsafe, uncomfortable, or experience other negative reactions, it may be best to “stop or proceed with caution,” she says.

Things to keep in mind

While ASMR helps a lot of people work through mild symptoms of stress or anxiety, it’s not a replacement for therapy or other anxiety treatments, like medication.

“There is rarely one thing alone that will resolve any problem,” Bingham says. “This is especially true with mental health.”

That said, if experiencing ASMR provides enough relief to reduce your anxiety and improve your well-being, ASMR may be sufficient, she goes on to explain.

It’s worth noting, however, that some people report that they develop a tolerance to certain triggers over time and need to take a break in order to feel the benefits again.

If ASMR only relieves your symptoms temporarily, or stops having as much of an impact on your distress, it’s best to reach out to a therapist who can offer professional support and guidance that can help you manage your symptoms in a more lasting way.

Even if you do seek therapy, there’s no reason to stop using ASMR as a coping strategy alongside treatment, as long as it continues to work for you.

Researchers still have more to learn about ASMR, including how and why it works. It’s clear, however, that it does seem to help some people.

If you don’t experience ASMR, watching trigger videos may produce nothing more than a sensation of boredom or unease. But these videos could help you disengage from anxious thoughts and feel more relaxed.

At the end of the day, it’s a low-risk alternative approach to coping with anxiety and related issues.

Crystal Raypole has previously worked as a writer and editor for GoodTherapy. Her fields of interest include Asian languages and literature, Japanese translation, cooking, natural sciences, sex positivity, and mental health. In particular, she’s committed to helping decrease stigma around mental health issues.

When Mangesh Hattikudur (Part-Time Genius, Humans Growing Stuff) set out to do a big, sweeping show on astrology, he didn’t realize the first interview would change the course of his life. But as he tries to put his world back together, he realizes the incredible ways astrology presents itself in modern society: from NASA employees who keep their belief in astrology in the closet, to world leaders who’ve used astrologers to guide foreign policy, to moneyball statisticians who use astrology more than statistics to build baseball teams, to a little shop in India where your fortune was written for you centuries ago, and is waiting for you to come claim it. Over the course of 8 episodes, Mangesh tries to decipher why we keep looking to the stars for answers, and what happens when you don’t believe in astrology, but astrology keeps happening to you.