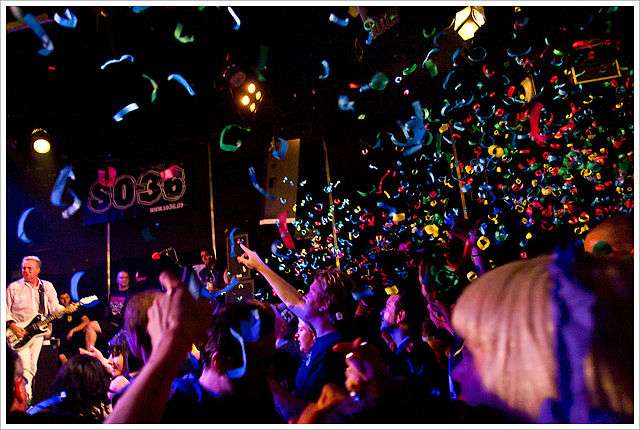 Difference between stress and tone

Learning your second language is often not like learning your first. You probably don’t even remember learning your native language — you just naturally picked it up. Oh, to be a baby! When you’re an adult learning a language, you’ll need to pay closer attention to certain concepts that can be confusing at first. Four topics that might give you trouble are accent, pitch, tone and stress.

You’ve probably heard all of these terms before and know at least vaguely what they refer to. You might not have spent much time thinking about how they work when you’re speaking a language, though. Learning the functions of accent, pitch, tone and stress can help you a lot when working on your pronunciation in a new language.

To start, we have to talk about accent. This isn’t like geographical accents, where people pronounce words differently depending on where they’re from. This kind of accent describes how focus is placed on a particular syllable to distinguish it from the rest. Depending on the language, there can be a stress accent, a pitch accent or some combination of vocal features creating accent.

What Is Vocal Pitch?

Pitch is how high or low your voice is perceived to be. It’s only what it’s perceived to be, because it relies specifically on how the ear hears the sound. A sound is not “high” or “low” on its own; it has a higher or lower frequency, which the ear translates into pitch. It’s kind of like “If a tree falls in a forest and no one is around to hear it, does it make any sound?” The answer is no, because sound only really happens when there’s an ear to translate it.

Tone refers specifically to languages that use pitch to differentiate between words. Tone and intonation, while similar, shouldn’t be confused. While intonation uses pitch to change meaning on the sentence level, tone uses pitch in every single word. In English, it doesn’t matter what pitch you use when you say a word, it will always mean the same thing; in tonal languages, the word is different depending on pitch.

If you’re learning a tonal language, it probably won’t be hard to figure out. It’s central to the whole process of speaking. Tonal languages include the many varieties of Chinese, Thai, Igbo, Yòrúba, Punjabi and Navajo.

What Is Word Stress?

Word stress, which is confusingly sometimes used interchangeably with accent, is where the emphasis is put in a sentence. Word stress is achieved by adjusting the loudness, length and, yes, the pitch of a syllable. The word stress in “emphasis,” for example, is on the first syllable.

Word stress varies depending on the language. English, for example, has variable stress, which means the stress in a word is unpredictable. This is a challenge for English learners, because you basically have to learn how each word is pronounced separately. Spanish, on the other hand, has a more predictable word stress, and it is often explicitly shown with an accent mark. And there are some languages like Finnish and Hungarian where the stress almost always falls on the same syllable (first, second, last, etc.) in any given word.

When you’re learning a language, determining how pitch, tone and stress work can be a very helpful thing to determine early on. Rather than spending your first months guessing at where stress goes or how pitch comes into play, you can take advantage of your non-baby brain to figure out a few rules and jump ahead of the learning curve.

If you are to speak a language clearly, paying attention to the difference between stress and intonation is essential. Stress and intonation are two terms that come in linguistics and play a vital role in communication as it allows us to get through to the others by being comprehensive. As we articulate syllables, the energy used or else the force that we used is considered stress. Intonation, on the other hand, refers to the manner in which we speak, to be more specific, it concentrates on the variation of pitch when speaking. This article attempts to provide a basic understanding of the two terms enabling the reader to grasp the differences between the two terms.

Stress refers to the emphasis laid on specific syllables of a word or a specific word in a sentence. This highlights that there are two types as word stress and sentence stress. Word stress is when we pronounce a particular syllable with more emphasis or force in comparison to the other syllables. For example, let us take the word ‘garden’. As we pronounce it, the stress is on ‘gar’ , and the rest are unstressed. Sentence stress, on the other hand, refers to a particular word that is given prominence in comparison to the rest of the words. For example, when we say:

The main stress is laid on the word ‘awesome‘. This highlights that the stress can be used to emphasize a particular fact in a sentence or else to bring out the meaning.

As we express our thoughts, the way in which our voice changes as the pitch rises and falls allows the others to understand our stance of various things. This is referred to as intonation. Intonation consists of tone units and a pitch range. Tone units refer to the phrases that we divide as we speak. In each tone unit, there is a combination of rise and fall of the pitch. Pitch range, on the other hand, focuses specifically on the highs and lows of the pitch. This allows us to understand how a person feels about a certain thing through the manner in which he expresses it. For example, let us take a very ordinary occurrence.

With the change of the pitch, this can express different meanings such as disbelief, satisfaction, acknowledgement, etc. So, intonation assists in effective communication through the rise and fall of the voice. If people spoke in the same pitch without any changes , it would certainly be very difficult to grasp the exact meaning.

What is the difference between Stress and Intonation?

• Stress refers to the emphasis laid on specific syllables or words of a sentence.

• Intonation refers to the variation of the pitch as an individual speaks.

• The difference between the two is that while stress pays particular attention to syllables and words, intonation can create an entire variation of the meaning through the usage of stress.

Find out more about the Kindle Personal Document Service.

Pitch, accent, tone, and stress can be critical and might mean the difference between a poorly interpreted speech and an interpretation that sounds like it came straight out of the mouth of the speaker.

But what exactly do we mean when we talk about pitch accent in languages? And why is it so important? Here’s what you need to know!

The first thing we need to address is pitch accent. It’s not the geographical pitch accent of languages you might be thinking about where regional pronunciations vary depending on where you are located within a country. The kind of pitch accent we’re referring to describes the focus that’s placed on specific syllables to distinguish them from the rest. Depending on the language, there can be a pitch accent or stress accent, and sometimes even a combination of vocal features that create an pitch accent patterns.

Pitch pattern is about how high or low someone’s voice is perceived to be. So, it’s really about how the ears hear the sound. Sounds aren’t high or low on their own. They have high or low frequencies, which are translated into the pitch by the ear.

Some languages like Swedish and Japanese are pitch accent languages where one syllable is marked by a different pitch. But all languages use pitch for intonation, even a tonal language. And intonation refers to the rise and fall of a person’s voice. Raising your tone at the end of an English sentence makes it sound like a question. Sentences without any intonation sound monotone and dull.

Tone focuses on specific languages that use pitch to differentiate between words. While they’re similar, it’s important not to confuse tone and intonation with each other. Intonation uses pitch to change a phrase’s meaning on a sentence level, but tone uses pitch in every single word. In English, the tone doesn’t change a word’s meaning, but in tonal languages, the pitch can change a word’s meaning entirely.

Stress, which is not the same as accent, by the way, is where the emphasis is put in a sentence. The stress is generally achieved by adjusting loudness, pitch, and the length of a syllable. So, stress in “elephant”, for example, is on the first syllable.

Stress varies from one language to another. For example, stress is variable in the English language, so the stress in words is unpredictable. But Spanish, on the other hand, has more predictable word stress that’s generally indicated with accent marks.

When interpreting between source and target languages, it is essential to consider how pitch, accent, tone, and stress can alter or change the meaning on sentence or word level. To establish effortless communication with your target audience, always use the services of native-speaking interpreters.

At Day Interpreting, we’re experts in dealing with these kinds of challenges. In fact, we thrive on it. Our expertly trained team of professional interpreters will ensure your message gets across without losing its meaning or intended impact. Get in touch with us today to learn more about our wide range of interpreting services that can help your bridge the language gap!

Seldean is a multi-skilled content wizard that dedicates herself to writing content that goes beyond merely sparking interest in the audience.

What is the therapeutic relationship in cbt