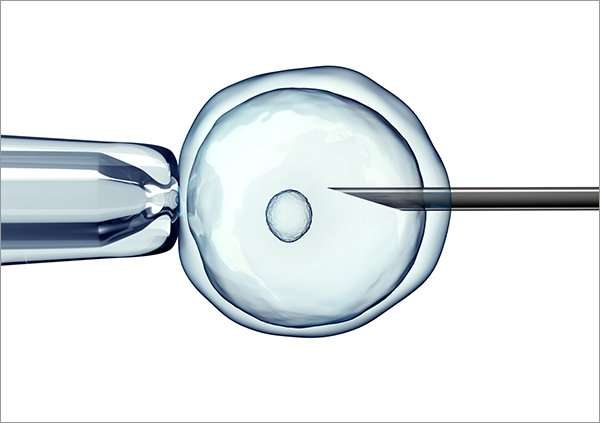 Effects of infertility on mental health

Infertility is perceived as a problem across virtually all cultures and societies and affects an estimated 10%-15% of couples of reproductive age. In recent years, the number of couples seeking treatment for infertility has dramatically increased due to factors such as postponement of childbearing in women, development of newer and more successful techniques for infertility treatment, and increasing awareness of available services. This increasing participation in fertility treatment has raised awareness and inspired investigation into the psychological ramifications of infertility. Consideration has been given to the association between psychiatric illness and infertility. Researchers have also looked into the psychological impact of infertility and of the prolonged exposure to intrusive infertility treatments on mood and well being. There is less information about effective psychiatric treatments for this population; however, there is some data to support the use of psychotherapeutic interventions.

Parenthood is one of the major transitions in adult life for both men and women. The stress of the non-fulfillment of a wish for a child has been associated with emotional sequelae such as anger, depression, anxiety, marital problems, sexual dysfunction, and social isolation. Couples experience stigma, sense of loss, and diminished self-esteem in the setting of their infertility (Nachtigall 1992). In general, in infertile couples women show higher levels of distress than their male partners (Wright 1991; Greil 1988); however, men’s responses to infertility closely approximates the intensity of women’s responses when infertility is attributed to a male factor (Nachtigall 1992). Both men and women experience a sense of loss of identity and have pronounced feelings of defectiveness and incompetence.

Psychological Distress, Psychiatric Illness and Infertility: Cause or Effect?

The causal role of psychological disturbances in the development of infertility is still a matter of debate. A study of 58 women from Lapane and colleagues reported a 2-fold increase in risk of infertility among women with a history of depressive symptoms; however, they were unable to control for other factors that may also influence fertility, including cigarette smoking, alcohol use, decreased libido and body mass index (Lapane 1995).

Proposed mechanisms through which depression could directly affect infertility involve the physiology of the depressed state such as elevated prolactin levels, disruption of the hypothalamic-pituitary-adrenal axis, and thyroid dysfunction. One study of 10 depressed and 13 normal women suggests that depression is associated with abnormal regulation of luteinizing hormone, a hormone that regulates ovulation (Meller 1997). Changes in immune function associated with stress and depression may also adversely affect reproductive function (Haimovici 1998). Further studies are needed to distinguish the direct effects of depression or anxiety from associated behaviors (e.g., low libido, smoking, alcohol use) that may interfere with reproductive success. Since stress is also associated with similar physiologic changes, this raises the possibility that a history of high levels of cumulative stress associated with recurrent depression or anxiety may also be a causative factor.

While many couples presenting for infertility treatment have high levels of psychological distress associated with infertility, the process of assisted reproduction itself is also associated with increased levels of anxiety, depression and stress (Leiblum 1987). A growing number of research studies have examined the impact of infertility treatment at different stages, with most focusing on the impact of failed IVF trials. Hynes and colleagues assessed women at presentation for IVF and then following failure of IVF. They found that women presenting for IVF were more depressed, had lower self-esteem and were less confident than a control group of fertile women and, after a failed IVF cycle, experienced a further lowering of self-esteem and an increase in depression relative to pre-treatment levels (Hynes 1992). Comparisons between women undergoing repeated IVF cycles and first-time participants have also suggested that ongoing treatment may lead to an increase in depressive symptoms (Thiering 1993). The data, however, is still controversial since other studies have found minimal psychological disturbance induced by the infertility treatment process or IVF failure (Paulson 1988; Boivin 1996). In light of the discrepancy in results, there has been increasing interest in the factors that contribute to dropout from infertility treatment since this population is often not included or decline to participate in studies. Whereas cost or refusal of physicians to continue treatment have been cited as reasons for discontinuing treatment, recent research suggests that a significant number of dropouts are due to psychological factors (Domar 2004; Hammarberg 2001; Olivius 2004).

The outcome of infertility treatment may also be influenced by psychological factors. A number of studies have examined stress and mood state as predictors of outcome in assisted reproduction. The majority of these studies support the theory that distress is associated with lower pregnancy rates among women pursuing infertility treatment (Boivin 1995, Thiering 1993, Demytenaere 1998, Smeenk 2001, Sanders 1999).

Have more questions about assisted reproduction and mental health? Read this post.

In light of data suggesting that psychological symptoms may interfere with fertility, success of infertility treatment, and the ability to tolerate ongoing treatment, interest in addressing these issues during infertility treatment has grown. Some interventions designed to alleviate the symptoms of stress, depression and anxiety in infertile women and men have been researched.

Several studies suggest that cognitive behavioral group psychotherapy and support groups decrease stress and mood symptoms, as well as increase fertility rates. In a study by Domar and colleagues of 52 infertile women, a 10-week group behavioral treatment program significantly reduced anxiety, depression and anger (Domar 1992). In a year-long follow-up study, Domar compared pregnancy rates of women undergoing assisted reproduction who were randomized to a group cognitive behavioral therapy (CBT) designed to decrease depression and anxiety, a support group, or to no group treatment. Viable pregnancy rates were 55% for the cognitive behavioral group, 54% for the support group and 20% for the controls (Domar 2000). A study where the intervention group received couples counseling directed toward education and addressing stress throughout their IVF cycle and the control group received only routine medical care, the intervention patients had lower anxiety and depression scores, in addition to significantly higher pregnancy rates (Terzioglu 2001).

Although there have not been systematic studies in infertile women examining the impact of other types of psychotherapy, treatments that decrease psychiatric symptoms and stress in the general population will likely benefit this population.

While there is little data regarding the pharmacologic treatment of patients with infertility, pharmacotherapy remains an important option for women and men who develop depression in the context of infertility and its treatment. Many women avoid pharmacologic treatment for fear that medication may impact their fertility or may affect the outcome of their pregnancy; however, there are no data to suggest that commonly used antidepressants negatively affect fertility. Furthermore, data accumulated over the last decade suggest that certain antidepressants may be used safely during pregnancy.

For the latest information on infertility and mental health, please visit our blog.

How do I get an appointment?

Consultations regarding treatment options can be scheduled by calling our intake coordinator at 617-724-7792.

Fertility and Mental Health Research at the CWMH

Currently we are not conducting any relevant studies. To learn more about research in this field of fertility, please click here. To view the list of our other active studies, or to sign up for our research study registry, please visit our research page

Studies have shown that infertile couples experience significant anxiety and emotional distress. When a round of fertility treatments proves to be unsuccessful, for instance, women and couples can experience deep feelings of grief and loss.

In fact, one study of 200 couples who visited a fertility clinic found that half of the women and 15% of the men said that infertility was the most upsetting experience of their lives.

“Today, men are much more involved in the family and may feel a perinatal loss just as deeply,” says Dr. Accortt. “Even if men don’t experience the physical pain of that loss, the emotional pain they feel is very real.”