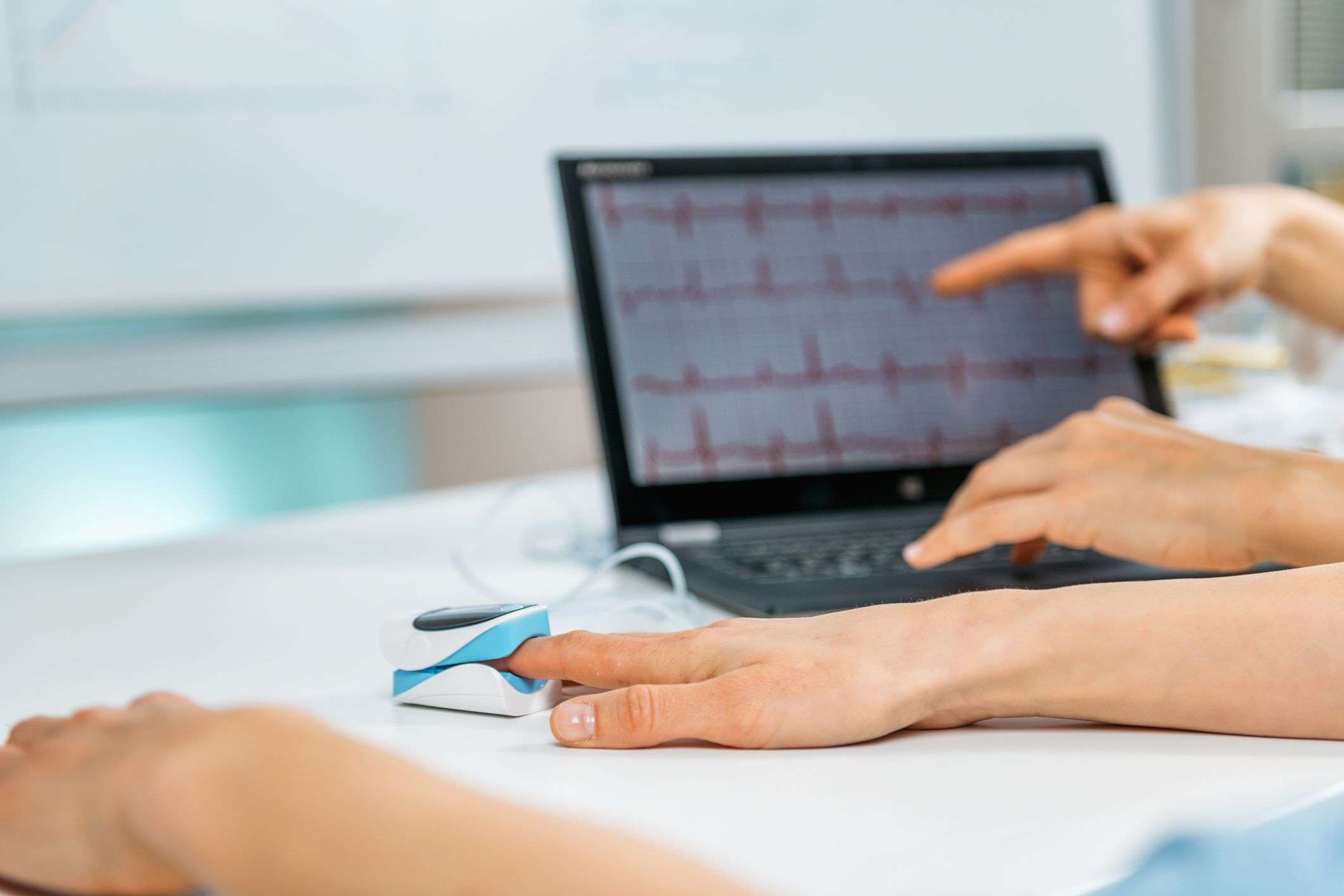 Explain mindfulness and biofeedback as techniques of stress management

Mindfulness and biofeedback as techniques of stress management:

Meditation is yet another technique that can be used to deal with stress. Meditation is the English word for Sanskrit term ‘Dhyana’.

It can be described as a process of “quieting the mind in order to spend time in thought for relaxation with a goal to attain inner state of awareness and intensify personal and spiritual growth”.

Meditation also will relax your body and thus the negative impact of stress on the body is reduced.

Biofeedback is a technique of making unconscious or involuntary bodily processes perceptible to the senses in order to manipulate them by conscious mental control”.

It can also be described as a process that is non-invasive in nature and helps in comprehending the effect of stress on one’s body.

It helps monitor the bodily changes that take place when stress is experienced and with the help of such a feedback, the bodily reactions can be managed and resilience towards stress can be improved.

Mindfulness is an increasingly popular tool for training the mind, and specifically, attention. Research shows it helps reduce stress, anxiety and depression, and improves focus and other aspects of cognitive and executive function.

But if you want to realize these benefits for yourself, you have to commit to consistent (roughly daily) practice, for the longer term. The problem is, that’s not easy.

You can take a six or eight week course in mindfulness – there are lots around these days – but what happens after the course has finished? In my experience, a lot of people don’t persist with a regular mindfulness practice (and some research bears this out), even when they experienced benefits.

This article looks at why not, and how supporting mindfulness with biofeedback might help.

Mindfulness is the practice of being actively aware (or consciously paying attention) in the present moment, with a sense of openness, kindness and non-reactivity. Mindfulness can be practised formally in meditation, but it’s also an attitude that you can bring to potentially any part of life, such as washing up or walking. I give a fuller account in this article on mindfulness for stress and anxiety.

How Does Mindfulness Work?

How does mindfulness achieve the benefits it does (i.e. reducing stress and anxiety, improving mood, focus and cognitive performance)?

This is a big question, and a tricky one, given that the practice involves letting go of “goals” such as having good experiences. In my thinking there are two broad parts to the answer.

So why do some people, maybe a lot of people, not persist with practising mindfulness meditation beyond a few weeks, even when they have felt it benefited them?

Here’s my analysis of the problem. Remember, mindfulness is a form of attention training – it’s a practice of paying attention actively. But attention is driven by interest, and by emotion.

Evolution has wired our brains to pay attention to the new, the relevant – whatever stimulates emotional responses. Research shows that when nothing new is happening, the brain stops paying active attention (which is rather hard work) and switches into “default mode” where it either chews over past memories or speculates about the future, all in a rather non-conscious way. Furthermore, the brain’s “negativity bias” means the memories are more likely regrets, and the future speculations are more likely to be worries – thoughts about bad things that might happen. So you could say the brain is not really wired for mindfulness, it goes against the grain somewhat, and it’s hard work.

In mindfulness practice, we pay attention, for example to the breathing, and then we keep paying attention to the breathing. Now when you’re new to mindfulness, you might be surprised at how richly engaging the experience of the breath is – but when you’ve been doing the same thing every day for six months or a year or (in my case) more than twenty five years, it tends to get a little boring. The mind begins to wander.

Actually most people get to experience mind-wandering within a few minutes of their first experience of meditation. The tendency never goes away. Of course the practice is to repeatedly bring your awareness back to the object of focus, without judging yourself.

But that’s hard. In my own experience, even after all these years I can still spend ten minutes and more at a time in distraction, without noticing. It’s hard because (i) there are no real negative consequences of mind wandering (unlike, say, falling asleep at the wheel) and (ii) when you bring your focus back you’re not rewarded with some big experience of pleasure.

When you spend most of your meditation time in distraction, and you do so day after day, you could be forgiven for thinking why do I bother? This has certainly been my own experience in the past.

In short, mindfulness practice is often not really enjoyable, not gratifying. It begins to feel like a chore. So you eventually stop doing it. At least this is how it is for a lot of people (not everyone).

How To Make Mindfulness More Gratifying

On the occasions when we get really absorbed in what we’re doing, it feels easy and we enjoy it. Then we’re only too willing to do it again – no need to push ourselves or psyche ourselves up. Sometimes mindfulness meditation is like this, and we think if only it were like this all the time, it would be easy.

(Of course we learned on our mindfulness courses not to get caught up in chasing pleasurable experiences, or the flip side, avoiding painful experiences. But it’s just the fundamental nature of the mind to be like this.)

In positive psychology these states of total absorption are called flow states. Flow states are characterised by … ?

How can we make mindfulness more flow-like?

Well, the first point to make is that flow states typically require hard work to begin with. They grow out of application and effort, they don’t come free. Unless you’re a highly advanced spiritual being, there’s no way around having to work at your mindfulness practice.

Positive psychology has investigated the factors that facilitate flow, and there are three main preconditions:

Does mindfulness practice meet these three preconditions for flow? Well, in short, not very well.

I’ve found that using biofeedback to support mindfulness practice helps make meditation more enjoyable and more gratifying, because I’m able to be focused and present, relatively much more of the time. In short in makes my mindfulness practice more effective – I’m more successful in developing qualities such as calmness, clarity, lucidity, stability, etc. I believe it does this by supporting or enhancing these three preconditions for flow.

Clearly, to use biofeedback effectively in meditation, it shouldn’t detract from your focus on direct experience – you don’t want to spend your time looking at a computer screen, but rather have the feedback somehow in the background. I believe it’s possible to do this but I don’t have space to go into it here.

Now at this point you might be thinking that all this talk of goals and challenge etc. is rather against the spirit of mindfulness, which is about letting go of outcomes. In fact most people I meet who have an established mindfulness practice find the idea of biofeedback rather unpalatable. And there is a real issue here that I need to address.

Let me start by making the point that mindfulness does have a purpose, or even a goal, which is to develop certain qualities of the mind. It’s not the same as daydreaming, or idling, or doing nothing. It involves application of the mind. It’s just that you’ve got to hang loose to whether or not you actually achieve those qualities you’d like.

So at the heart of mindfulness is a rather paradoxical mindset of applying yourself to the practice whole-heartedly (Jon Kabat-Zinn sometimes says “as if your life depended on it”) and yet at the same time not caring about the results of your efforts – as though it were a game.

This mindfulness mindset is a necessary element because without it you’re going to get caught up in the “quicksand trap” of trying too hard and actually making things worse (as when you try really hard to get to sleep at night).

My key point is that you need this same mindset in biofeedback. That is, the same “quicksand” mental dynamic comes in to biofeedback practice – trying too hard will get you the opposite of what you want. For example you’ll tighten up when you want to relax. I see this again and again with my new clients.

In fact a big part of the value of biofeedback is that it makes this quicksand dynamic very, very clear – especially in capnometry (breathing) biofeedback which I use a lot.

So in biofeedback as in mindfulness you need to balance effort and even will with letting go. Mindfulness is the middle way between under-control (or laxity) and over-control (wilfulness).

In summary, if you’re interested in mindfulness and what it can offer you, but you’ve found it too difficult to keep your mind still or if you’ve found it boring and ungratifying or just rather chore-like, especially in the longer term, I hope I’ve given you an idea of how biofeedback might help.