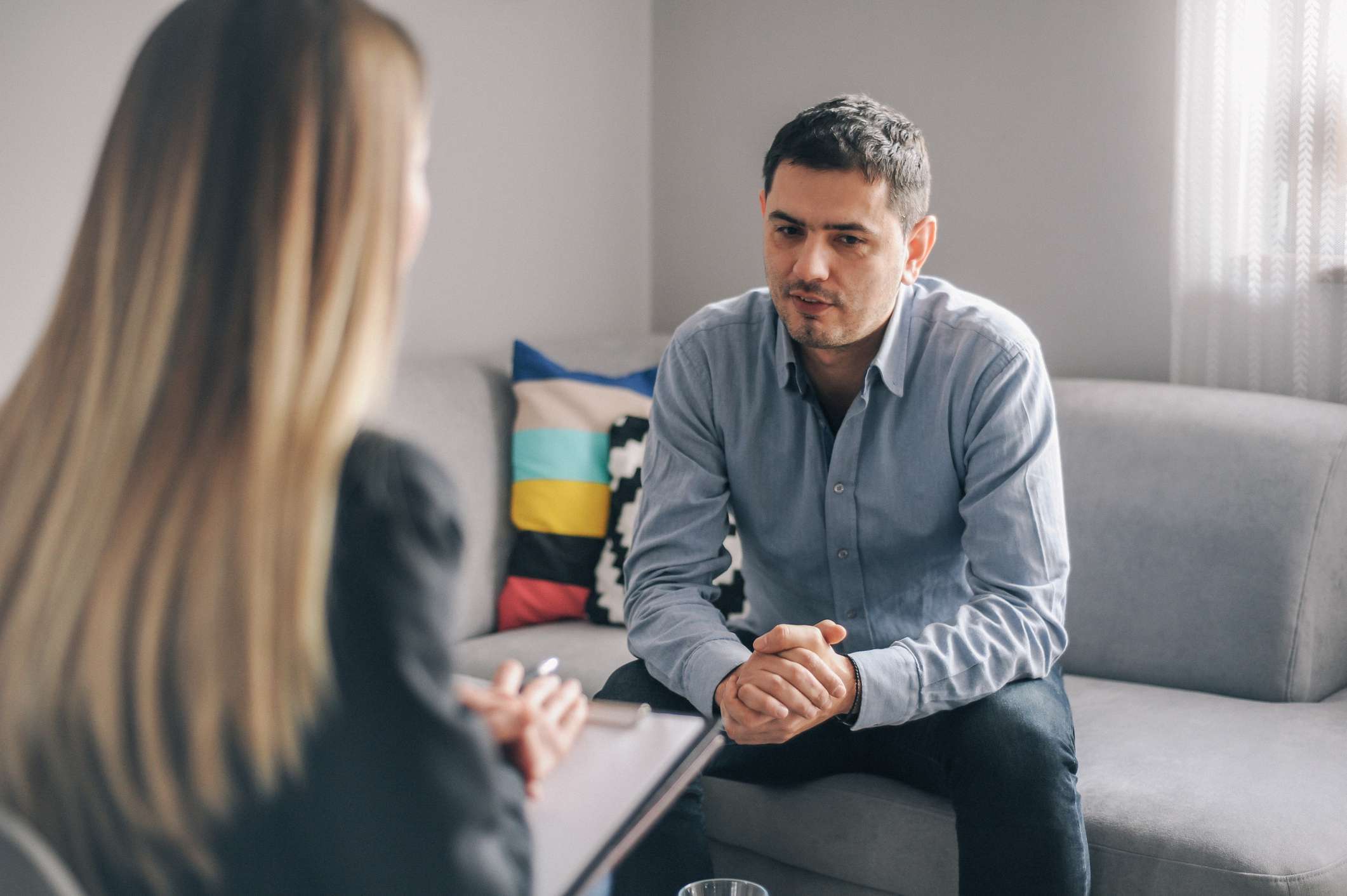 How long does psychoanalysis therapy take

Overheard conversation at Restaurant in Manhattan

Ann: “Three years?? You’ve been going to your shrink for three years!!? What on earth for. I know you’re not crazy!”

Maria: Not crazy but I feel stuck. I just want to meet someone right for me and yet every time a guy showed interest I ran. I even dated a married man – so yup – And now I’m in psychoanalysis, going four times per week and even using the couch because it frees me up.

Ann: OMG, I cannot believe you’d want to spend all that time talking to a shrink. It must cost a fortune too!

No it need not cost a fortune but yes, it does take time. Let me try to explain why.

“Sue”, a patient of mine, began her therapy in her late twenties but problems with commitment had been brewing since childhood. Her Dad was killed in a car accident when she was five-years-old. This sudden and tragic loss affected her in many ways but especially apparent was her fear of loss. Leaving her mom became scary and she had trouble going to school for a year. In fact fears of separation haunted her making connection with others problematic. It is not as though Sue made a conscious decision to avoid closeness, but powerful unconscious forces (defenses) took on the role of protecting her from future trauma.

The unconscious is where our defenses are born. Defenses protect us from situations that could be painful and the historical context in which they are formed is key. A defense might be adaptive at the time it is formed but eventually becomes problematic. Like if you are still wearing the shoes of a five-year-old when you’re 20 it will cause all sorts of problems that limit and impede your journey through life. Changing those shoes isn’t so easy. Because these defenses are unconscious, it is not possible to alter them without assistance. This is where psychoanalytic work is most helpful. You see, the analyst has experienced her own analysis, along with years of study so he/she is a trustworthy guide.

Sue had developed a combination of defenses which formed her character or personality. She avoided situations that might hurt her – like close relationships. She denied certain feelings for fear they would overwhelm her. And she even learned to shift her feelings to other people (we call that projection) because it felt safer that way. And the defenses were adaptive in many ways. She became a leader and was good at bringing people together because of her empathy with vulnerable, injured people with whom she could identify. When faced with a dangerous situation Sue jumped right in, ignored the warning signs and forged ahead where others would have been more cautious.

This covered her wishes to depend on others. And she unconsciously avoided people who were nice to her lest she end up counting on anyone. Sometimes she just didn’t hear a compliment or realize that someone was attracted to her. And when on a date, she tuned out the potential partners and found herself attracted to people she knew would hurt her – like married men. After a few disastrous flings she decided to seek help.

She tried a cognitive behavioral therapist who gave her homework and tips to practice which seemed sensible but after a year with no improvement, she asked a relative who was in analysis for a referral.

How does psychoanalytic work help?

When Sue began therapy she was sort of clueless but as she began talking, twice a week at first, a picture slowly began to emerge. Her therapist was thoughtfully quiet but it didn’t feel like the lonely silence she had heard about. In fact, the quietness gave her space that felt good. As they proceeded, a partnership developed. It was like being on a journey with a competent guide.

Traveling back and forth from past to present, Sue began to welcome emotions she had once pushed aside and it felt good. Increasing sessions from two to three times a week enabled the work to deepen. After the second year Sue added a fourth session and chose to use the couch. Not looking at her therapist was a major step. The trust and consistency of the relationship had helped to lessen her anxiety – she didn’t have to look at her analyst to know she was listening.

Sue began dating a person who seemed appropriate to her – based on mutual attraction and trust. It was as if her relationship with her therapist over the years extended to relationships outside of the room. There were still ups and downs but by continuing her analysis she learned how her current anxieties resonated with old fears. Things began to make sense and Sue no longer felt rushed or pressured.

When a person feels thwarted, inhibited or even just plain sad, there are reasons. In order to change and grow the roots of problems need light and expression with words. Staying on the paved roads of behavior focused therapy is useful for some, but Sue chose a more adventurous journey that she hopes will lead to lasting change.

About the Author: Jane S. Hall, LCSW, FIPA, Past President of the Contemporary Freudian Society, member of the International Psychoanalytic Association, American Psychoanalytic association, and AAPCSW. She is a Training and Supervising Analyst who teaches, lectures, and consults around the world on how to deepen psychoanalytic work and other topics for the past thirty years. Hall is the author of Roadblocks on the Journey of Psychotherapy (2004), Deepening the Treatment (1998), and various articles, and is on faculties of three NY institutes. Hall is in private practice in New York City.

Psychoanalytic therapy is a form of talk therapy based on Sigmund Freud’s theories of psychoanalysis. The approach explores how the unconscious mind influences your thoughts, feelings, and behaviors.

Specifically, it examines how your experiences (often from childhood) may be contributing to your current experience and actions. Psychoanalytic approaches to emotional disorders have advanced a great deal since Freud’s time.

Freud described the unconscious as the reservoir of desires, thoughts, and memories that are below the surface of conscious awareness. He believed that these unconscious influences could often lead to psychological distress and disturbances.

People undergoing psychoanalytic therapy often meet with their psychoanalyst at least once a week. They can remain in therapy for months or even years.

Psychoanalysts use a variety of techniques to gain insight into your behavior. Some of the more popular techniques include:

Psychoanalysts spend a lot of time listening to people talk about their lives, which is why this method is often referred to as “the talking cure.”

What Psychoanalytic Therapy Can Help With

Psychoanalytic therapy may be used to treat a number of different psychological conditions, including:

As with any approach to mental health treatment, psychoanalytic therapy can have its pluses and minuses. Before deciding on this approach, it’s important to take these factors into account.

Success often hinges on the ability to confront potentially stressful or triggering experiences. While some critics have derided the success rates of psychoanalytic therapy, research suggests that both long- and short-term psychoanalytic therapy can effectively treat a range of conditions.

One review of the effectiveness of long-term psychoanalytic therapies found moderate to large success rates for reducing symptoms of a variety of psychopathologies.

People who receive psychoanalytic treatment tend to retain these gains. Most continue to improve even after therapy ends. On the other hand, the benefits of other evidence-based therapies tend to diminish over time.

A 2010 review published in the American Psychologist suggested that psychoanalytic therapy was as effective as other evidence-based therapies.

As with all treatment methods, there are also potential downsides that should be considered. This form of therapy tends to require ongoing sessions. Traditional psychoanalysis could involve three to five sessions a week for several years, however psychoanalysis psychotherapy is less frequent and may be undertaken once to twice a week. Depending on how long your therapy lasts, the costs can mount up.

Psychoanalytic therapy can also be an intense process. It involves evoking emotional responses and often challenges established defense mechanisms. While the process can sometimes result in uneasiness, it can also help you understand the unconscious forces that exert an influence over your current behavior.

How to Get Started

If you think you or someone you love would benefit from psychoanalytic therapy, the first step is to seek out a trained professional. To find a qualified psychoanalyst, start by asking your primary care physician for recommendations. You can also search the directory available on the American Psychoanalytic Association’s website.

Friends who have had a good experience with psychoanalytic treatment can also be another good source of recommendations. If you do not have a good referral from someone you know, there are a number of online psychoanalyst networks and directories that can point you in the right direction.

Once you have identified a potential psychoanalyst, make a call to set up an initial consultation. During this consultation, you can further explore if psychoanalytic therapy is the right approach for you.

Psychoanalytic therapy is just one mental health treatment approach that you may want to consider. Always talk to your doctor or therapist to determine which psychotherapy method might be the most effective for your individual needs.

Is cbt an effective treatment for depression