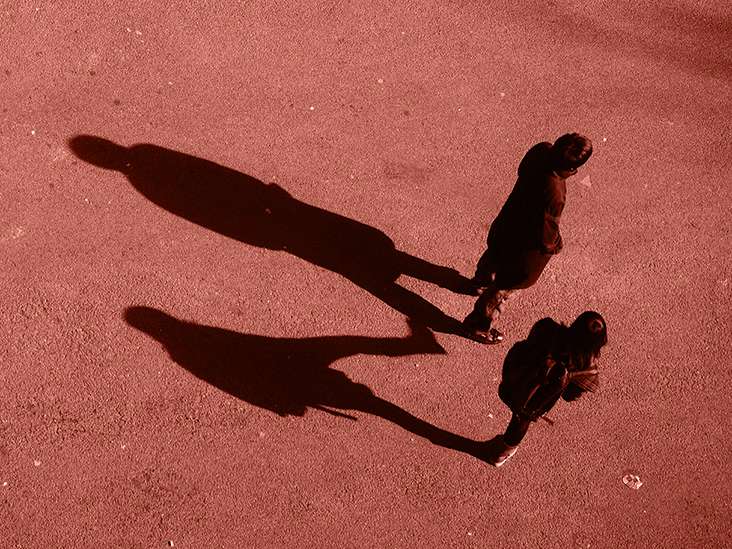 Is psychopath and sociopath the same

Many people use the terms sociopathy and psychopathy interchangeably, but they have different meanings. “Sociopath” is an unofficial term to describe a person who has antisocial personality disorder (ASPD), whereas psychopathy describes a set of personality traits. However, ASPD and psychopathy can overlap.

ASPD and psychopathy share some similar traits, including aggression and a lack of remorse. Additionally, both can occur due to genetic and environmental factors.

However, unlike ASPD, psychopathy is not an official diagnosis. Another difference is that psychopathic traits tend to be more severe than those of ASPD.

This article defines ASPD and psychopathy before discussing their symptoms, causes, and treatment options.

The American Psychiatric Association states that ASPD can cause behavior that ignores or violates other people’s rights.

ASPD is a cluster B personality disorder. The disorders in this category typically involve dramatic, emotional, or unpredictable interactions with other people.

A healthcare professional can only diagnose a person with ASPD if they are over the age of 18 years. The reason for this is that a person’s personality is still developing until this age.

A person will usually only get a diagnosis if there is evidence of them experiencing conduct disorder before the age of 15 years. Conduct disorder is a mental health condition that occurs in children and adolescents, causing behavioral and emotional problems.

According to a 2015 article, healthcare professionals characterize psychopathy as involving:

However, psychopathy is not an official diagnosis.

Some researchers state that psychopathy is a form of ASPD, and healthcare professionals might diagnose ASPD in a person who demonstrates psychopathic traits. For instance, the American Psychological Association describes psychopathy as another term for ASPD.

Other researchers say that psychopathy is a separate condition but acknowledge that it has traits that overlap with those of ASPD. Research supports this overlap, with one study estimating that approximately one-third of people with ASPD meet the criteria for having psychopathy.

Some researchers have also described psychopathy as a more violent version of ASPD. An article from the journal Current Biology also notes that people with high psychopathic traits show a noticeable lack of guilt and empathy.

What are the symptoms?

The symptoms of ASPD and psychopathy overlap, but there are differences between them.

For a healthcare professional to diagnose ASPD, a person must display at least three of the following criteria:

ASPD is estimated to occur in approximately 1⁠–⁠4% of people. ASPD is also more likely to occur in males than in females.

Canadian psychologist Robert Hare developed the Psychopathy Checklist-Revised (PCL-R) in the 1990s to determine whether a person had psychopathy.

According to a 2014 article, while healthcare professionals would classify only 1% of the population with psychopathy using Hare’s checklist, approximately 20% of people in prison in North America would meet the criteria for psychopathy.

ASPD and psychopathy share many symptoms. However, additional signs that may indicate that a person has psychopathy include:

Both conditions can occur due to a combination of genetics and a person’s environment.

Healthcare professionals do not know for sure why some people develop ASPD. However, both environmental and genetic factors can contribute.

The United Kingdom’s National Health Service (NHS) suggests that traumatic childhood experiences, such as neglect or child abuse, can play a role in developing ASPD.

The NHS also states that a person with ASPD may have grown up with challenging family circumstances. For instance, they may have experienced:

Additionally, research suggests that 38⁠–69% of people with ASPD inherit it from their parents. According to the Diagnostic and Statistical Manual of Mental Disorders (DSM-5), children of both adoptive and biological parents with ASPD have an increased chance of developing the condition.

Similar to ASPD, psychopathy can be due to both genetic and environmental factors.

The researchers also found high levels of testosterone in these individuals, which may help explain why psychopathy is more common in males than females.

However, this research involved only a small number of male participants, so further research is necessary to confirm the results.

Traumatic brain injury and damage to the prefrontal cortex in childhood may also cause psychopathic traits to develop.

Neither ASPD nor psychopathy currently has a cure. However, certain treatments can help a person manage the symptoms of these conditions.

ASPD can be challenging to treat. Therefore, doctors may focus the treatment on managing certain symptoms or conditions that occur alongside ASPD rather than ASPD itself.

Treating conduct disorder when it occurs in a child may help reduce certain ASPD behaviors as they get older.

Treatment options for ASPD include:

In the U.K., a person with ASPD may be able to take part in a democratic therapeutic community (DTC). In this type of social therapy, people join therapy groups that focus on community issues and allow everyone involved to contribute to decisions. There may also be opportunities for vocational and educational work.

However, acceptance into a DTC depends on a person’s willingness to be part of a community.

As with ASPD, psychopathy can be very hard to treat. Individuals with psychopathy may not agree that they need treatment, or they may not commit to treatment.

Starting treatment in childhood for psychopathic traits can be helpful in reducing them. CBT may also be useful when treating children who develop psychopathic behaviors following traumatic brain injuries (TBIs).

A 2014 case series found that clozapine reduced the severity of ASPD and psychopathy symptoms in males. Clozapine was especially beneficial in reducing anger, aggression, impulsive behavior, and violence. However, the study was small and only included males, so further research is necessary to confirm these effects.

The DSM-5 characterizes narcissistic personality disorder as “a pervasive pattern of grandiosity (in fantasy or behavior), need for admiration, and lack of empathy, beginning by early adulthood and present in a variety of contexts.”

A person with NPD will have:

They may also be arrogant, exploitative, and envious of others.

Individuals with either NPD or ASPD can be tough-minded, superficial, exploitative, and unempathetic. However, those with NPD are not necessarily impulsive, aggressive, or deceitful. In addition, those with NPD typically lack a history of conduct disorder and criminal behavior.

Conversely, those with ASPD do not typically require the admiration and envy of other people.

Many myths surround ASPD and psychopathy. Two common myths are:

Although people with these conditions are more likely than other people to be violent, this is not always the case. Research from 2020 found that certain people with psychopathy were able to inhibit violent tendencies, leading to greater success in life.

Myth 2: Prisons are full of psychopaths

Psychopathic people may be more likely to commit criminal acts than other people. However, according to estimates, only about 20% of people in prison in North America have psychopathic traits.

Sociopath is an unofficial term to refer to a person with ASPD. Psychopath is an informal way to describe an individual who displays psychopathic traits.

ASPD is a personality disorder. Some researchers believe that psychopathy is a form of ASPD, whereas others say that it is a separate condition.

Psychopathy shares similar traits with ASPD. However, psychopaths tend to have more violent and severe behavioral traits than people with ASPD. Both conditions can occur due to genetic or environmental factors, and psychopathy can also occur due to TBIs.

There is no cure for either condition, so treatments for both conditions seek to manage and control a person’s symptoms.

If a person thinks that they or a child in their care may have ASPD or psychopathy, they should speak with a doctor or mental health professional.

Do those with ASPD have a conscience?

The more common perceptual lens is one that is imbued with empathy and a conscience. People with ASPD lack what we consider a conscience and, as such, are not governed with the usual moral, legal, or philosophical prohibitions to behaviors that meet their own needs, regardless of the impact on others. These people can be manipulative, chaotic, and, at times, dangerous.

Jeffrey Ditzell, DOAnswers represent the opinions of our medical experts. All content is strictly informational and should not be considered medical advice.