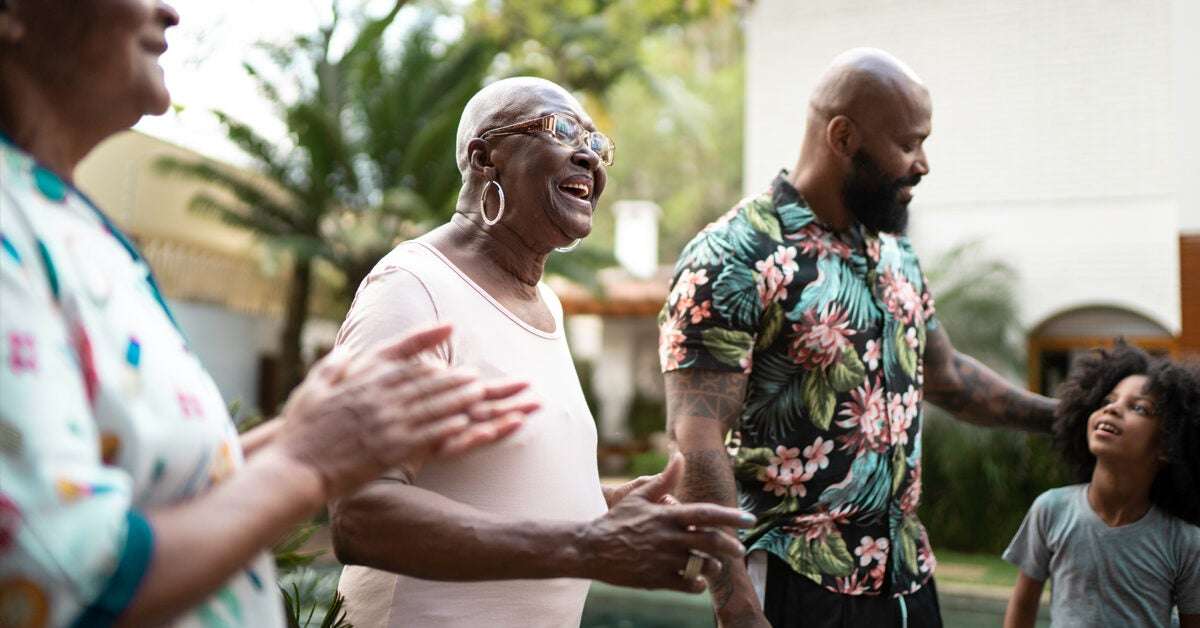 Is singing a stress reliever

In this article we’ll take a closer look at how singing can benefit your physical and mental health, and how to use signing as a form of therapy

In fact, there’s solid scientific evidence to prove that singing is, in fact, good for your body and your mind.

People love to sing. Whether or not they can carry a tune, people seem to understand that there’s something positive — something healthy — in the act of raising their voices in song.

Decades of research has shown that singing individually and in groups is good for you on many levels.

Here, according to science, are 10 key benefits of raising your voice in song.

Singing appears to be a stress-reliever. A 2017 study measured the amount of cortisol, the stress hormone, in participant’s saliva before and after they sang.

Researchers in that study found that the amount of cortisol was lower after singing, an indication that people felt more relaxed after they’d belted out a tune.

They also found singing reduces stress levels whether the participants were singing in a group or by themselves.

There’s a small catch, though: Cortisol only goes down if you’re singing in a place that doesn’t make you anxious. A similar 2015 study tested salivary cortisol levels after a singing performance, finding that cortisol levels went up in this scenario.

There’s some evidence that singing may boost your immune system and help you fight off illnesses.

Those who sang showed higher levels of immunoglobulin A, an antibody your body secretes to help you fend off infections. Listening to music (without singing along) reduced stress hormones but didn’t stimulate the body’s immune system.

When you sing in a group, whether it’s a large choir or a smaller group, the act of collective singing causes your body to release endorphins. This hormone can help promote positive feelings, and even change your perception of pain.

A 2012 study found that singing, drumming, and dancing in a group triggers the release of hormones that raise your pain tolerance in ways that just listening to music doesn’t.

Researchers note that the feelings of social connection, rather than the music itself, seems to be behind the boost in pain tolerance.

Regular singing may change the way you breathe, even when you’re not singing. Researchers in a 2008 study interviewed the spouses of choir members, along with the spouses of people who don’t sing.

The researchers found that significantly fewer choir members snored. This led them to recommend regular singing as a potential treatment for snoring.

These findings have prompted some experts to suggest that singing and playing wind instruments might be helpful for people with obstructive sleep apnea (OSA).

Because singing involves deep breathing and the controlled use of muscles in the respiratory system, it may be beneficial for certain lung and breathing conditions.

Studies have shown that the breathing techniques used with singing may offer benefits for people with the following conditions:

While singing doesn’t treat or cure any of these conditions, you may benefit from gaining strength in your respiratory muscles.

Singing also increases the amount of oxygen in your blood, research shows. In addition to the pulmonary benefits, singers also experience improved mood and a greater sense of social connection.

6. Develops a sense of belonging and connection

When you sing together with others, you’re likely to feel the same kind of camaraderie and bonding that players on sports teams experience.

In one 2014 study involving 11,258 schoolchildren, researchers found that children in a singing and musical engagement program developed a strong sense of community and social inclusion.

In a 2016 study involving 375 adult participants, researchers found that people who sang together in a group reported a higher sense of wellbeing and meaningful connection than people who sang solo.

One of the neurochemicals released when people feel bonded together is oxytocin, also known as the love hormone.

Spontaneous, improvised singing causes your body to release this feel-good hormone, which may help give you a heightened sense of connectedness and inclusion.

7. Enhances memory in people with dementia

People with Alzheimer’s disease and other types of dementia experience a gradual loss of memory. Studies have shown that people with these conditions were able to recall song lyrics more easily than other words.

In one singing study by the Alzheimer’s Foundation, participants said it was “nice to be able to remember something.”

However, the singers found they remembered more than just the lyrics. For some, singing familiar songs suddenly brought back life memories they’d forgotten, too.

Researchers found that singing songs learned at a younger age caused a spontaneous return of autobiographical details for many people.

Singing in a group doesn’t just help you with physical pain; it may also help with the emotional pain you feel after you’ve lost someone you love.

In a 2019 study conducted among people dealing with grief, researchers found that for those who sang in a choir, depression symptoms didn’t get worse over time and their sense of wellbeing remained stable.

In fact, the choir singers felt a gradual improvement in their self-esteem during and after the 12-week study. Those in the control group who didn’t participate in the singing intervention didn’t report this benefit.

Researchers concluded that group singing may be a good option for people who need additional support during a time of grief.

A 2018 study done in the United Kingdom evaluated 20 people in a singing program known as The Sing Your Heart Out project. The participants included people with mental health conditions, as well as the general public.

Researchers found that the participants reported improvements in their mental health, mood, sense of well-being, and feeling of belonging as a result of these singing workshops.

Decades ago, scientists began researching the effects of singing among people who have a hard time with speech due to a neurological condition.

To date, researchers have found that singing improves the speaking ability for people with:

Singing can also prolong the sounds in each word, which may make it easier to pronounce them.

Singing also makes it easier to incorporate hand-tapping, a method that can help people maintain speaking rhythms that are otherwise challenging.

Can you sing safely in the era of COVID-19?

Because SARS-CoV-2, the coronavirus that causes COVID-19, is known to spread through respiratory particles, public health officials have cautioned against events where people sing collectively.

Researchers are currently advising organizers to keep rehearsals short, small, and ideally, remote. Larger, longer events are likely to be problematic for now.

Using masks, outdoor venues, and physical distancing may help, but are not a guarantee that the virus causing COVID-19 won’t spread when people meet to sing in person.

Research on this relatively new phenomenon is being continually updated.

During a morning shift change at St Marcy Mercy Livonia Hospital in Detroit, Michigan, the medical staff were feeling weary. Their surgical floor had been converted into a department for coronavirus patients and spirits were low.

Nurse Lori Marie Key was asked if she would sing Amazing Grace for her colleagues during the morning briefing. So she did. As her voice soared, one of her fellow nurses filmed her, put it online and it went viral.

There was something about the solidarity and togetherness of that moment that personifies a lot about the power of song. But it wasn’t just something abstract and ethereal happening, there are scientific reasons for why singing feels good.

• How happy music can make you do bad things
• Why music has the power to make us cry
• What will music be like in 20 years?

Perhaps that’s why, as most of the world went into lockdown to contain the Covid-19 pandemic, there were countless examples of people turning to song as solace. Italians belted arias from their balconies, famous musicians performed mini concerts from their living rooms and choirs took their sessions online to become virtual virtuosos.

Stress is unavoidable. We all experience it at some time or another. No matter how hard we try to keep it hidden, it almost always manifests into something else. If not released, it often comes back to haunt us.

Sure, you have heard of the countless methodologies there are to relieve stress – exercise, reading books, and meditation – but what if none of those work for us? What if there was a highly successful, unconventional method to relieving stress and anxiety that was also fun? Well, there is! You do not need any specialized equipment or skills. You do not even have to leave your house. All you have to do is belt out your favorite song – the one you do not tell your friends about – and sing! Yes, sing!

We bet you had no idea how many benefits there are to sing? For starters, it is proven to calm nerves, release endorphins (the pleasure hormone), release oxytocin (the hormone that’s directly linked to anxiety and stress levels in your body), and it eases the symptoms of panic attacks. If you add some movement like dancing or even nodding your head to the beat, you are upping the feel-good quotient and giving your body the extra boost it needs to take the edge off and get you back into the right headspace. Go ahead. Give it a try. Let’s release tension from all over your body now.

Researchers have found that when people participate in voice lessons, their stress levels are lower compared to those who do not. Singing becomes a form of therapy for them. It is their go-to ‘treatment,’ so to speak. They are touting the benefits to others and creating a movement much like those who practice yoga. Why not join the fun and release any hidden stress your body and mind may be harboring? No need to fester or simmer under the surface. Get out, join a group, take lessons, or turn up the music and sing your heart out!

It does not matter what kind of music you listen to, what song you sing, or how off-key you might be. All that matters is that you do it. Embrace the joy singing can bring and watch as it lifts your spirits, makes you laugh, eases your tension, and makes you feel great overall.

Everyone deserves a little fun. No one hears the same piece of music in the same way, and no one can be a more prominent advocate for your health than you. The power of singing is a proven stress reliever and mood booster. Use it to help you relax. Fine tune it if you must, but never forget that it is your voice, your lesson to be learned, your time to change your emotions, release negative energy, heal your heart and soul, and to process grief. Singing works for all occasions, good or bad. It is the ultimate emotional expression that won’t ever be detrimental to your health or life.

Now that you know the benefits, it is time to put your voice to sound work. Don’t worry about signing up for a class or joining a choir just yet. For now, experiment with the idea of singing. Practice and see how it makes you feel. Once you are more comfortable with it, follow it wherever it takes you. Let your heart sing and your body and mind heal one note at a time.