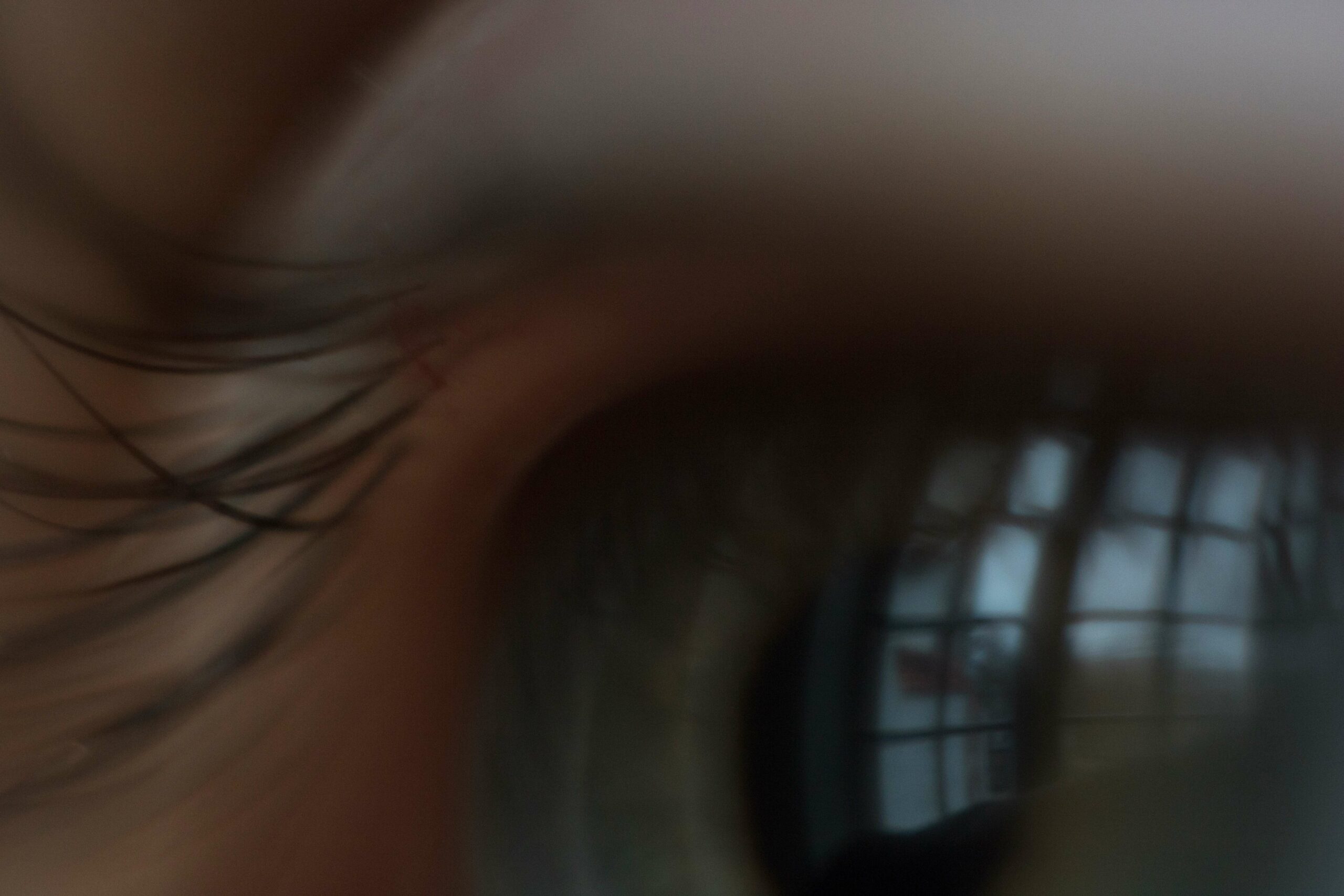 There’s much we don’t know yet about the subconscious. Here’s an example of a strange phenomenon that is sure to lead to interesting future discoveries–eventually:

If you find you are obsessing on a thought, you can stop it with a simple rapid eye-movement technique. Here are the instructions, from The Relaxation and Stress Reduction Workbook (by Davis, Eschelman & McKay) p. 132:

This bizarre technique actually works. I use it when I am obsessing about “things to do tomorrow” when I should be unwinding for the night or enjoying a swim.

Why does it work? Well, here’s what I observe, introspectively. I simply can’t do both things at once. I can’t both move my eyes rapidly and think about everything I have to do. When I take a few seconds to make the rapid eye movements, it feels like I have “flushed my buffers.” I break the vicious cycle of the thought feeding on itself. Once I break the cycle, the thought that was obsessing me is gone.

It turns out that there is whole school of therapy that uses this technique (in conjunction with specially targeted questioning processes) to help people process emotional trauma. Exactly how and why it helps is yet to be explained. There is some speculation that eye movement is connected to how we store memories or how we do high-level processing.

So, how should you deal with strange information such as this? I hope you won’t ignore it just because we don’t understand it fully. We know the phenomenon exists. Don’t take my word for it–you can try it yourself. Sometime when you are obsessing about something and know you should stop (but can’t seem to), try this rapid eye movement technique. There is no risk to trying it–and I have no doubt you will get the same introspective proof that it works that I did.

Until psychology advances much further, “try it and see for yourself” will be a necessary part of learning about the field. Your own introspective observation is a crucial source of evidence.

We conducted a power analysis to determine the sample size of the present experiment. The primary findings of Houben et al. (2018) were that participants who completed the eye-movement exercise were less accurate on the recognition test than control participants (d = 0.88), and they accepted more misinformation (d = 0.77). These effects were larger than the effect size they used for their power analysis (d = 0.60). To be conservative, we used the same effect size that Houben et al. used in their power analysis. Using G*Power (Faul, Erdfelder, Lang, & Buchner, 2007), we determined that we would need 120 participants (60 per condition) to obtain a power of .90 to detect the effect d = 0.60 with two-tailed α = .05. This gave us a power of .99 to detect the smaller effect reported by Houben et al. (2018; d = 0.77). For our exploratory analyses, we conducted sensitivity analyses and found that this sample size would give us power of .80 to detect correlations of r = .25, and to detect main effects and interactions in an ANCOVA with effect sizes of η2 = .06.

Participants were 120 undergraduate students from California State University San Marcos. There were 34 men and 86 women, and participants ranged in age from 18 to 34 years (Mdn = 19.5 years). They participated in exchange for credit toward the completion of a research requirement in introductory psychology courses.

The experiment was a one-factor, between-subjects design. Participants were assigned to one of two conditions: eye movement or control. The primary dependent variables were the number  of correct and misinformation responses on a recognition test. We also measured source memory to determine the proportion of robust false memories. Additionally, we measured vividness and emotionality of the video, and depression and anxiety scores.

Materials and preregistration information are available on the Open Science Framework (https://osf.io/egvx4/).

Participants’ depressive symptoms were assessed with the 21-item BDI-II. Participants selected a response among options for each of the 21 items, and the possible range of scores was from 0 to 63.

Participants’ anxiety symptoms were assessed with the 21-item BAI. Participants selected a response among options for each of the 21 items, and the possible range of scores was from 0 to 63.

At first glance, EMDR appears to approach psychological issues in an unusual way. It does not rely on talk therapy or medications. Instead, EMDR uses a patient’s own rapid, rhythmic eye movements. These eye movements dampen the power of emotionally charged memories of past traumatic events.

What Can You Expect From EMDR?

An EMDR treatment session can last up to 90 minutes. Your therapist will move their fingers back and forth in front of your face and ask you to follow these hand motions with your eyes. At the same time, the EMDR therapist will have you recall a disturbing event. This will include the emotions and body sensations that go along with it.

Gradually, the therapist will guide you to shift your thoughts to more pleasant ones. Some therapists use alternatives to finger movements, such as hand or toe tapping or musical tones.

People who use the technique argue that EMDR can weaken the effect of negative emotions. Before and after each EMDR treatment, your therapist will ask you to rate your level of distress. The hope is that your disturbing memories will become less disabling.

Although most research into EMDR has examined its use in people with PTSD, EMDR is sometimes used experimentally to treat many other psychological problems. They include:

How Effective Is EMDR?

More than 20,000 practitioners have been trained to use EMDR since psychologist Francine Shapiro developed the technique in 1989. While walking through the woods one day, Shapiro happened to notice that her own negative emotions lessened as her eyes darted from side to side. Then, she found the same positive effect in patients.

EMDR appears to be a safe therapy, with no negative side effects. Still, despite its increasing use, mental health practitioners debate EMDR’s effectiveness. Critics note that most EMDR studies have involved only small numbers of participants. Other researchers, though, have shown the treatment’s effectiveness in published reports that consolidated data from several studies.

What is depression according to psychology