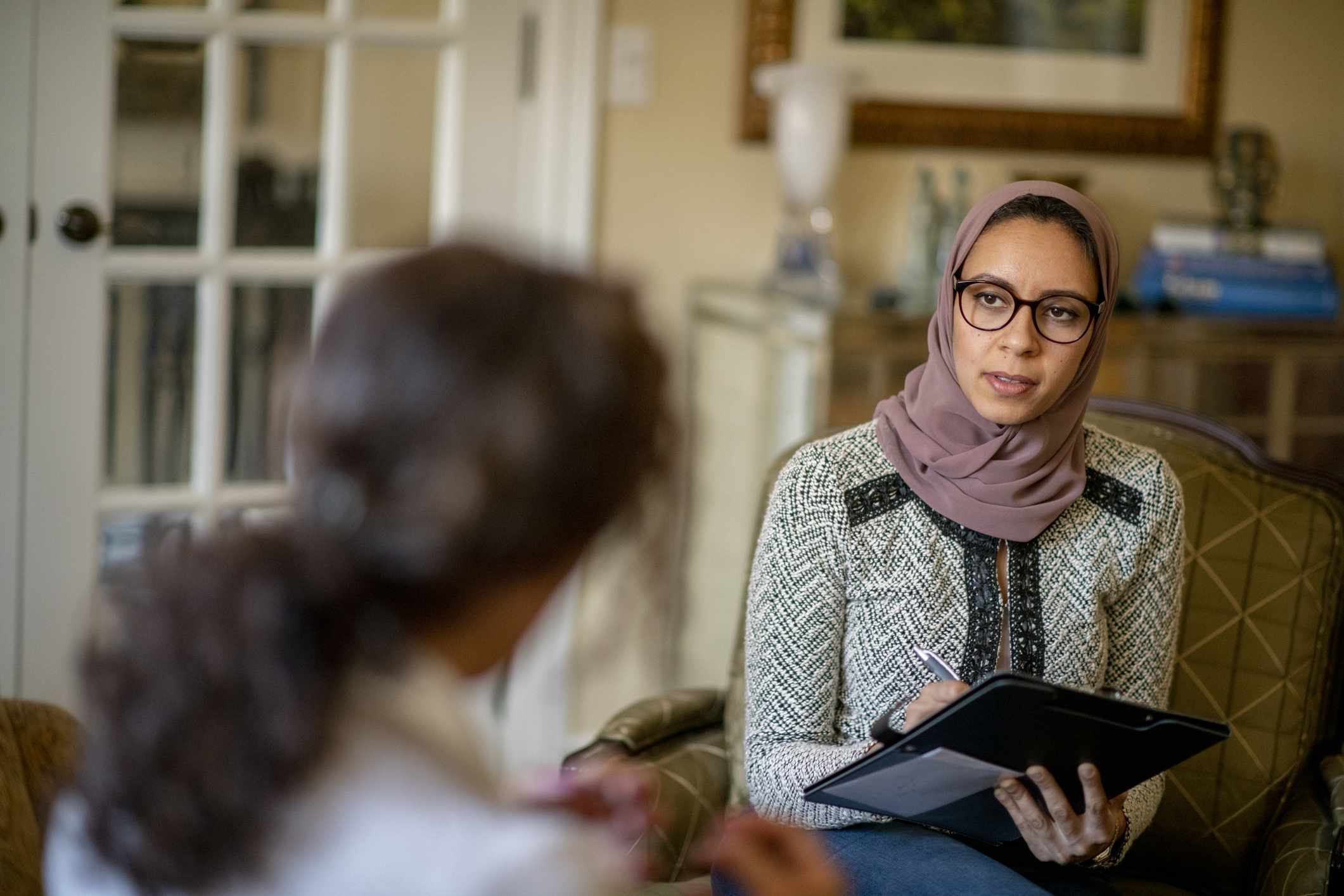 Psychodynamic therapy is than traditional psychoanalysis

Psychodynamic therapy is an approach that involves facilitation a deeper understanding of one’s emotions and other mental processes. It works to help people gain greater insight into how they feel and think.

By improving this understanding, people can then make better choices about their lives. They can also work on improving their relationships with other people and work toward achieving the goals that will bring them greater happiness and satisfaction.

What Is Psychodynamic Therapy?

Psychodynamic therapy is a form of talk therapy. It is based on the idea that talking to a professional about problems people are facing can help them find relief and reach solutions.

Through working with a psychodynamic therapist, people are able to better understand the thoughts, feelings, and conflicts that contribute to their behaviors. This approach to therapy also works to help people better understand some of the unconscious motivations that sometimes influence how people think, feel, and act.

This approach to psychotherapy can be helpful for dealing with mental or emotional distress. It can help promote self-reflection, insight, and emotional growth.

By better understanding your emotional patterns and their roots, you are better equipped to manage your problems and develop coping techniques that will help you both now and in the future.

While it is similar to psychoanalysis in many respects, it is often less frequent and shorter in duration. Like other forms of therapy, it can be used to treat a variety of mental health problems.

Factors that may impact what type of treatment is used include cost-effectiveness, availability, patient preferences, and the severity of the symptoms the person is experiencing. While cognitive-behavioral therapy (CBT) is a popular and effective approach, evidence suggests that psychodynamic therapy can be just as effective for many conditions.

Online therapy is another option that you might consider. Some research also suggests that online psychodynamic therapy may be as effective as online CBT.﻿﻿﻿

Psychodynamic therapy helps people recognize repressed emotions and unconscious influences that may be affecting their current behavior. Sometimes people act in certain ways or respond to others for reasons that they don’t really understand.

Some important aspects of psychodynamic therapy include:

The therapeutic relationship itself can serve as a way to look into the relationships a person has with other people through a process known as transference. This gives people an immediate “in vivo” way to explore and then change their pattern of responses in order to improve their relationships.

How Effective Is It?

How effective is psychodynamic therapy and how does it compare to other forms of treatment?

Assessing the efficacy of psychodynamic therapy presents some challenges, but research does suggest that it can be useful in the treatment of a variety of psychological problems.

One reason that it may be difficult to assess the full efficacy of psychodynamic therapy is that many of the changes it produces can be tough to measure.

While it is relatively easy to measure changes in specific acute symptoms, it is much more difficult to measure underlying personality changes, noted researcher Jonathan Shedler in a press release by the American Psychological Association (APA).

Despite this difficulty, research supports the efficacy and use of psychodynamic therapy to treat a variety of conditions.

What You Can Expect

If you decide to try psychodynamic therapy, you may meet with your therapist weekly to a few time each week. Each session typically lasts for around 45 minutes and you will continue to see your therapist for several months. In some cases, you may keep having sessions for a year or longer.

During psychodynamic therapy, people are often encouraged to talk about anything that might be on their minds. This might include things they are currently experiencing or memories of things that have happened in the past.

Long-term psychodynamic therapy may take a year or longer and involve 50 or more therapy sessions.﻿﻿﻿﻿﻿

If you are experiencing symptoms of a mental health condition, talk to your doctor or mental health professional. They can make a diagnosis and recommend treatment options that may be best for your individual needs. Psychodynamic psychotherapy may be a good fit for you.

Form of psychoanalysis and/or depth psychology

Psychodynamic psychotherapy relies on the interpersonal relationship between client and therapist more than other forms of depth psychology. They must have a strong relationship built heavily on trust. In terms of approach, this form of therapy uses psychoanalysis adapted to a less intensive style of working, usually at a frequency of once or twice per week, often the same frequency as many other therapies. Principal theorists drawn upon are Freud, Klein, and theorists of the object relations movement, e.g., Winnicott, Guntrip, and Bion. Some psychodynamic therapists also draw on Jung, Lacan, or Langs. It is a focus that has been used in individual psychotherapy, group psychotherapy, family therapy, and to understand and work with institutional and organizational contexts.[5] In psychiatry, it has been used for adjustment disorders as well as post-traumatic stress disorder (PTSD), but more often for personality-related disorders.[6][7]

The principles of psychodynamics were introduced in the 1874 publication Lectures on Physiology by German physician and physiologist Ernst Wilhelm von Brücke. Von Brücke, taking a cue from thermodynamics, suggested all living organisms are energy systems, governed by the principle of energy conservation. During the same year, von Brücke was supervisor to first-year medical student Sigmund Freud at the University of Vienna. Freud later adopted this new construct of “dynamic” physiology to aid in his own conceptualization of the human psyche. Later, both the concept and application of psychodynamics were further developed by the likes of Carl Jung, Alfred Adler, Otto Rank, and Melanie Klein.[8] Psychodynamic therapy has evolved from psychoanalytic theory, with some later modifications in the therapeutic practice experienced since the mid-20th century.[9]

Most psychodynamic approaches are centered on the concept that some maladaptive functioning is in play, and that this maladaption is, at least in part, unconscious.[10][11] The presumed maladaption develops early in life and eventually causes difficulties in day-to-day life.[12] Psychodynamic therapies focus on revealing and resolving these unconscious conflicts that are driving their symptoms.[13]

The first type of resistance is conscious resistance, where the client is deliberate about not communicating the information needed because of distrust in the system, therapist, shame or rejection of the interpreter.[17]

The second, repression resistance, also referred to as ego resistance, is used by the client to keep unacceptable thoughts, feelings, actions, and/ or impulses in the unconscious. This could be done by the patient blocking thoughts and communications during free associations, not remembering events.[18]

The third, id resistance, is unlike the other two because it arises from the unconscious and is driven by id impulse. It resists change or treatment to further repeat the trauma in different situations, known as repetition compulsion.[19] Additionally, there may be transference of views, feelings, and/or wishes of the patient onto the analyst, often the therapist, that were initially directed towards other impactful individuals in the patient’s life. This is often people in early childhood such as parents, siblings, or other important people. By addressing these projected views it is hoped to help the patient reexperience, address, and analyze the effects; and to resolve current distress it could be causing.[20][21] As in some psychoanalytic approaches, the therapeutic relationship is seen as a key means to understanding and working through the relational difficulties which the client has suffered in life.[21]

Although psychodynamic psychotherapy can take many forms, commonalities include:[21][22]

Psychodynamic psychotherapy is an evidence-based therapy[23] and its more intensive form, psychoanalysis is also evidence-based.[citation needed] Later meta-analyses showed psychoanalysis and psychodynamic therapy to be effective, with outcomes comparable or greater than other kinds of psychotherapy or antidepressant drugs,[23][24][25] but these arguments have also been subjected to various criticisms.[26][27][28][29] For example, meta-analyses in 2012 and 2013 came to the conclusion that there is little support or evidence for the efficacy of psychoanalytic therapy, thus further research is needed.[30][31]

In 2011, a study published in the American Journal of Psychiatry made 103 comparisons between psychodynamic treatment and a non-dynamic competitor and found that 6 were superior, 5 were inferior, 28 had no difference and 63 were adequate. The study found that this could be used as a basis “to make psychodynamic psychotherapy an “empirically validated” treatment.”[37] In 2017, a meta-analysis of randomized controlled trials found psychodynamic therapy to be as efficacious as other therapies, including cognitive behavioral therapy.[38]

Because of the subjectivity of each patient’s potential psychological ailments, there is rarely a clear-cut treatment approach.[21] Most often, therapists vary general approaches in order to best fit a patient’s specific needs.[21] If a therapist does not understand the psychological ailments of their patient extremely well, then it is unlikely that they are able to decide upon a treatment structure that will help the patient.[21] Therefore, the patient-therapist relationship must be extremely strong.[21]

Therapists encourage their patients to be as open and honest as possible.[21] Patients must trust their therapist if this is to happen.[21] Because the effectiveness of treatment relies so heavily on the patient giving information to their therapist, the patient-therapist relationship is more vital to psychodynamic therapy than almost every other type of medical practice.[39]