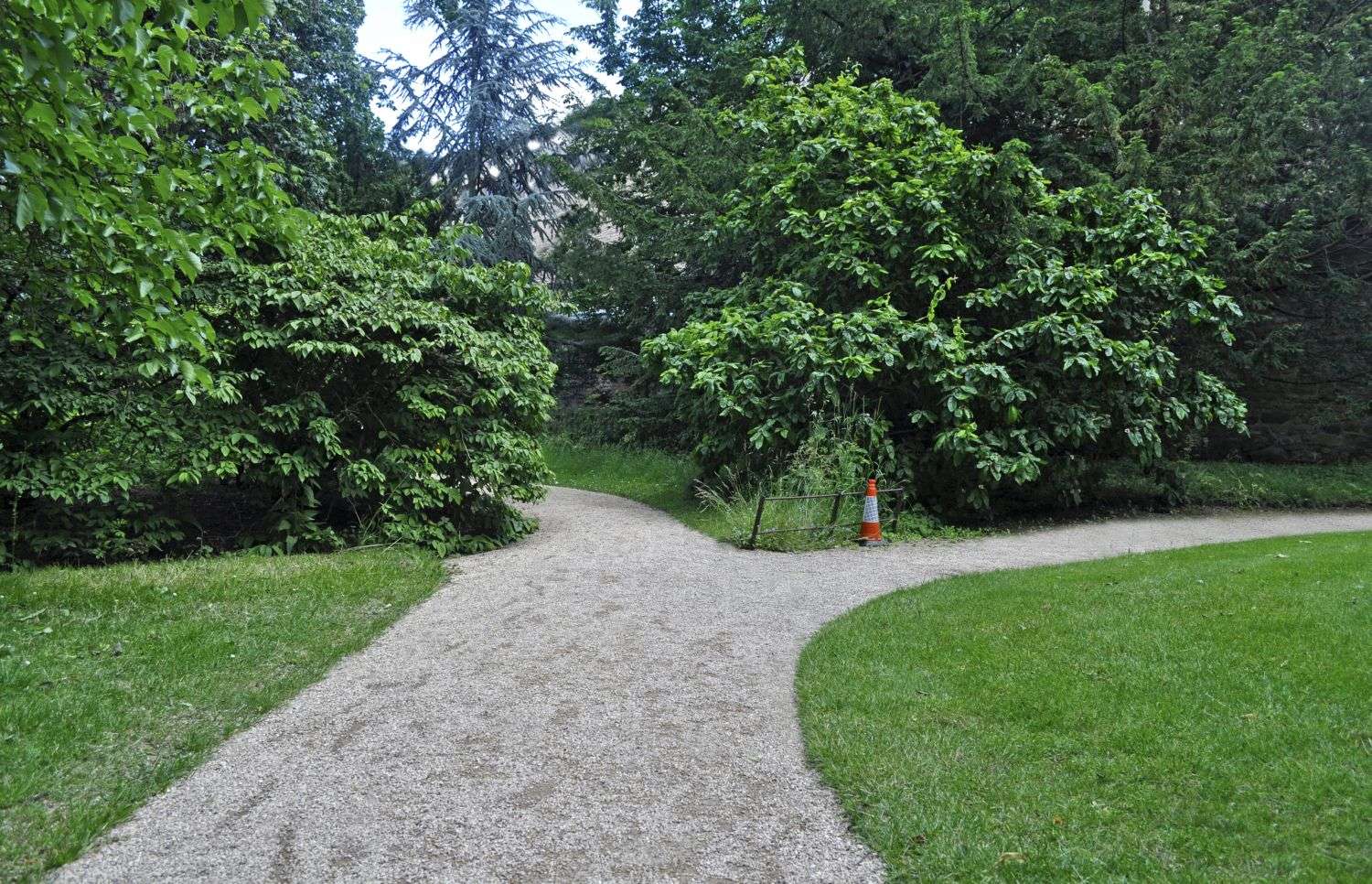 Psychotherapy is a waste of time

If you understand that your life is not going in the direction you want, you may seek traditional psychotherapy. I’ll argue that’s a mistake for most people…probably you. Let’s see why.

Traditional psychotherapy is a process of finding out more about who you are and why things happen to you that you don’t want to happen to you…facilitated by questions and comments made by a therapist. In essence, you talk. They listen and comment. And, you develop your own insights based on their questions and comments. The process is one of self-discovery; which might work with some efficiency and be really effective if you were an expert in human behavior and understood exactly why people (you) act as they do and what people (you) need to do to become different. It would be great if you had all the time and money you needed to become that expert about people (you). However, most people do not have all the time and money necessary for the process of self-discovery tat lacks a clear direction and focus. Most people really want to know exactly what is the problem and exactly what they need to do to fix the problem…however much they like their therapist and value the talks.

Education and coaching teach you what is known about human behavior as it applies to your situation and provides information and exercises that will teach you much more about how you work and how you can fix the thing(s) that you want to change and fix. For example, education and coaching will provide you with tests of how you work and what is causing the problems you want to fix (faceplants), readings, focused discussions, therapeutic exercises and interactions with the therapist, video-tapes, and information from CDs. The process is directive and active. There is a lot of self discovery through teaching and coaching…not unfocused talking.

Why? The basic assumption of traditional psycho-therapy is wrong: The assumption is that you cannot possibly understand what is your problem, even if you were told directly what the problem was and that you must discover it all on your own.

Is this my opinion only? No! Psychology as a science and profession is developing models of Best Practices…all of which are directive and active.

Two of the concerns that people often have when considering going into psychotherapy are that it takes too long and that it’s too expensive. You might want to make significant change in your life, but you don’t want to be there ‘til the cows come home or have to take down Citibank to pay for it. As a somewhat compulsive person I can relate: I have no trouble spending time or money, but I absolutely hate wasting either one.

I don’t believe in rushing therapy; I practice depth therapy, or psychodynamic therapy, in which our goal is the healing and growth of the whole personality, not just the removal of symptoms. Based on my experience and reading of the research (see for example Jonathan Shedler’s article in American Psychologist), especially if you’ve experienced trauma, I believe that depth work is actually more effective in the long run.

But I also don’t believe in dragging it out. While getting to the bottom of issues and making lasting, meaningful change may take time, there are things that you can do to make sure that you don’t waste time in achieving your goals. Here are some keys to making your investment in therapy the most effective it can be:

1. Forge an authentic connection with your therapist.

So your therapist showed up late last week. You had rushed to be there on time and were in the waiting room when she meandered in ten minutes late. You tried not to be annoyed and just spoke about other things, but it was still in the background for you much of the session, and you really weren’t fully present. Don’t avoid talking about it: let her know what’s really going on inside of you. Here’s your opportunity to exercise being direct.

2. Don’t spend all of your time focusing on what other people have done wrong.

Yes, it’s important to vent, and your therapist needs to know what you’ve been through. But if you spend too much time simply unloading you won’t understand why those situations get to you so much, whether your response is adaptive or not, and what you need to do differently to make your life better.

Your boss is an unnatural disaster: Hannibal Lecter, Attila the Hun and Nurse Ratched all rolled up into one. Your husband can’t listen to it anymore. Take some time to vent about your boss in session but then step back and explore how you take it in and how you react. Even if everyone knows that he’s a monster, it can be productive to understand why he gets to you so much. Then you can see what you can do about the situation, whether that means changing how you respond, or how you interpret what happens between the two of you.

3. Identify and focus on your core conflicts.

A big part of your therapist’s job is to connect the dots to help you see the patterns and stories that underlie all the issues that you want to work on. But you can help her with this. Therapy is most effective when the two of you work together to identify your core conflicts and how to resolve them. If you just try to solve different situational problems each week, rather than seeing how each one manifests ongoing, underlying issues, therapy will take longer.

You’ve got six things to talk about in your session this week. OK, but what are the common denominators? How do they relate to what you spoke about last week, and your relationships, your issues at work and what’s come up in session with your therapist? Figure that out and you’ll take lasting wisdom with you when you finish therapy.

You’ll need to apply what you realize in your sessions to what you do outside of sessions. Talking with your therapist will bring some change and relief, but there is no magic here. Don’t wait until it feels comfortable; that could take a long time. Changing behavior first also changes feelings.

The two of you spoke about that dream where you were saying goodbye to your old girlfriend. You know it’s about leaving behind an old way of life. But what actions will you actually take to make that real, not just an idea?

5. Take time to talk about leaving before you stop your sessions.

Yes, stopping therapy can be a good thing. But if you stop without processing it for a few sessions you’re missing an opportunity to look at the big picture and have closure. It would be like selling stock when the market is low. Your therapist’s job is not to tell you when to stop, but to help you to make the decision consciously.

You’ve been in therapy for what you feel is a long time and you’re getting restless. It sure would be good to save the money and spend the time at the gym instead. Maybe so. But also look a little deeper to see if you’ve met your goals and if there is anything that you’re avoiding. Like that bit that came up last week that made you uncomfortable. It would actually be more wasteful to leave without a mindful termination process.

Your time in therapy is valuable. Make the most of it. For more ideas about how to do that take a look at my book: I’m Working On It In Therapy: How To Get The Most Out Of Psychotherapy.

People with mental health problems are victims of  a ‘scam’ therapy that is wasting vast sums of money, a leading psychologist has warned.

They are being misled because the short-term fix offered by Cognitive Behavioural Therapy (CBT) does not have a lasting benefit, says Oliver James.

The most popular of the ‘talking therapies’ CBT aims to help people manage their problems by changing the way they think and behave to become more positive.

It is frequently recommended for people with problems ranging from anxiety and depression to eating disorders.

In the short-term, 40 per cent of those who complete a course of CBT, typically five to 20 sessions of up to an hour, are said to have recovered.

But ‘extensive evidence’ shows that two years on, depressed or anxious people who had CBT were no more likely to have recovered than those who had no treatment, said Mr James.

He said: ‘As a treatment, rafts of studies have shown it to be ineffective in delivering long-term therapeutic benefits to patients with anxiety and depression.

‘While studies show that in the short-term – six to 12 months – patients who have received CBT are more likely to report themselves as ‘recovered’ compared to those who have received no treatment, these results are not sustained in the long-term.

‘CBT is largely ineffective for the majority of patients. It is in essence a form of mental hygiene.

‘However filthy the kitchen floor of your mind, CBT soon covers it with a thin veneer of ‘positive polish’.

‘Unfortunately, shiny services tend not to last. CBT fails to address the root cause of many people’s problems, which often stem from traumatic experiences during their childhood.

The UK Government has pledged up to £400 million on treatment programmes which mostly use CBT and it is recommended as frontline NHS treatment for many mental health issues.

Mr James, a chartered psychologist, author and broadcaster, delivered his argument to the CBT industry at the Limbus Critical Psychotherapy Conference in Devon this weekend.

CBT, or Cognitive Behaviour Therapy, is a talking therapy.

It has been proved to help treat a wide range of emotional and physical health conditions in adults, young people and children.

CBT looks at how a person thinks about a situation and how this affects the way they act.

In turn actions can affect how a person thinks and feels.

The therapist and client work together in changing the client’s behaviours, or their thinking patterns, or both of these.

He and other psychotherapists are calling on the Government and policymakers to refocus funding into alternative talking treatments, such as psychodynamic therapy, which focus on addressing the root cause of people’s cognitive problems.

The NHS has been advised that CBT may be offered to patients with a range of conditions by the National Institute for Health and Clinical Excellence (NICE), the guideline body.

It is free on the NHS after referral by a GP but not available in all areas and there can be long waiting lists.

The cost of private therapy sessions varies, but it is usually £40 – £100 a session.

Many mental health groups welcome the shift in emphasis in recent years away from medication towards personalised therapy.

He says proponents have ‘mis-sold’ the treatment to policymakers and the public, who are wasting their time.

Mr James says CBT has been mis-sold to policymakers because it is cheap. He is campaigning for treatments such as psychodynamic therapy – which focus  on addressing the root cause of people’s problems – to be made available instead

‘CBT appeals to politicians and NICE because it is quick and cheap.

‘The therapies proven to work long-term, such as psychodynamic therapy, would not be so cheap because they require more sessions’ he said.

But, he added: ‘Working as a psychotherapist, I rarely encounter patients who haven’t been subjected to CBT, which failed to help them.’

The British Association for Behavioural & Cognitive Psychotherapies was unavailable for comment.