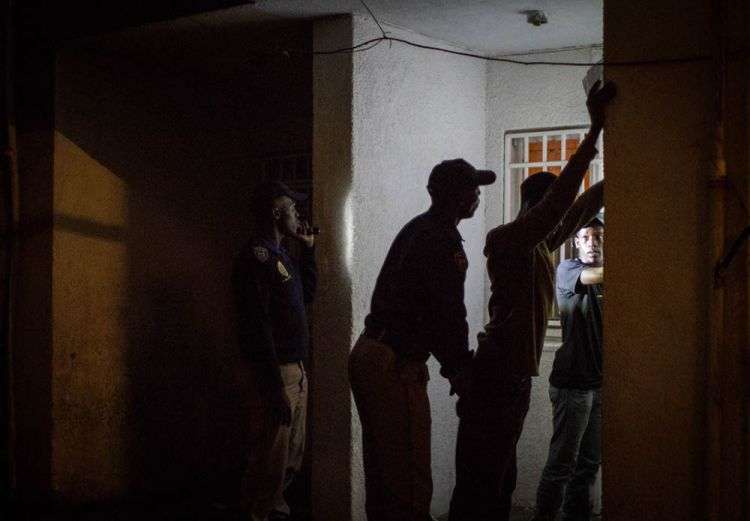 Sexual assault is an example of direct violence

Violence is a global phenomenon resulting in the deaths of more than 1.6 million people each year, making it one of the leading causes of death worldwide.

While no country is untouched by violence, the vast majority of its resultant deaths occur in low- to middle-income countries, many of which are stricken with internal conflicts. However, it should be kept in mind that violent deaths cannot simply be attributed to war, and more than 80% of such deaths occur outside of armed conflicts.

Violence has also shown to be an incredibly costly issue, and in 2015 alone the total impact of violence to the world economy was estimated at $13.6 trillion – a figure which is equivalent to 13.3% of world GDP.

Violence has become increasingly interpersonal and tied in with criminal activity, particularly in urban areas. According to the UN’s Global Study on Homicide, intentional homicide was the cause of the deaths of almost half a million people across the world in 2012.

It is also important to note that deaths only constitute a part of the health and social burden which can be attributed to violence, which also results in non-fatal, sexual and psychological abuse. In addition, violence places a heavy burden on health and justice systems, social welfare services, and the economy of communities.

High levels of violence and crime in regions such as Southern Africa are often the symptoms of underlying social, economic and political challenges such as social inequality, rapid urbanisation, poverty, unemployment and institutional shortcomings.

The adverse effects of violence on a country are harmful not only to its citizens, but the wellbeing of the community and country as a whole. In many countries, the impact of violence has significantly and directly reduced economic growth, and poses an obstacle in reducing poverty, while violence also causes profound psychological and physical trauma, reducing the quality of life for all of society.

Although violence is often seen and responded to as an inevitable part of the human condition, such assumptions are shifting, focus is broadening, and an increased emphasis is being placed on prevention of violent behaviour and consequences.

In order for prevention efforts to be successful, there needs to be an increase in our understanding of this complex phenomenon. Moral codes may vary vastly throughout the wold, making it more of a challenge to address the often sensitive topic of violence, its causes and its consequences, however some form of shared understanding needs to be reached in order to protect human life and dignity effectively.

As a result of violence being such a complex phenomenon, there is no clear definition for it. Therefore, it is often understood differently by different people in different contexts – such as those from different countries, cultures, or belief systems.

WHO definition of violence

“The intentional use of physical force or power, threatened or actual, against oneself, another person, or against a group or community, that either results in or has a high likelihood of resulting in injury, death, psychological harm, maldevelopment or deprivation.”

Categories and types of violence

On the basis of the WHO’s definition of violence, an elaborate “typology of violence” has been developed that characterises different categories and types of violence, as well as the links between them (allowing for a holistic approach to intervention).

It divides violence into three broad categories according to who the perpetrators and victims are of violent acts:

Self-directed violence refers to violent acts a person inflicts upon him- or herself, and includes self-abuse (such as self-mutilation) and suicidal behaviour (including suicidal thoughts, as well as attempted and completed suicide).

Interpersonal violence refers to violence inflicted by another individual or by a small group of individuals. It can be further divided into two subcategories:

Collective violence can be defined as the instrumental use of violence by people who identify themselves as members of a group – whether this group is transitory or has a more permanent identity – against another group or set of individuals, in order to achieve political, economic or social objectives. This can manifest in a number of forms, such as genocide, repression, terrorism and organised violent crime.

By looking more closely at the nature of acts of violence, these three categories can be further divided into four, more specific, types of violence:

Physical violence is the intentional use of physical force, used with the potential for causing harm, injury, disability or death. This includes, but is not limited to: scratching, pushing, shoving, grabbing, biting, choking, shaking, slapping, punching, hitting, burning, use of a weapon, and use of restraint or one’s body against another person.

This type of violence does not only lead to physical harm, but can also have severe negative psychological effects – for example, if a child is frequently a victim of physical violence at home, he or she can suffer from mental health problems and be traumatised as a consequence of this victimisation.

Sexual violence involves a sexual act being committed or attempted against a victim who has not freely given consent, or who is unable to consent or refuse. This includes, but is not limited to: forced, alcohol/drug-facilitated or unwanted penetration, sexual touching, or non-contact acts of a sexual nature. A perpetrator forcing or coercing a victim to engage in sexual acts with a third party also qualifies as sexual violence.

This type of violence can also lead to physical harm, and in most cases has severe negative psychological effects too.

Psychological violence (also referred to as emotional or mental abuse) includes verbal and non-verbal communication used with the intent to harm another person mentally or emotionally, or to exert control over another person.

The impact of psychological violence can be just as significant as that of other, more physical forms of violence, as the perpetrator subjects the victim to behaviour which may result in some form of psychological trauma, such as anxiety, depression or post-traumatic stress disorder. This includes, but is not limited to:

This not only leads to mental health problems, but also to severe physical problems, such as psychosomatic disorders.

Neglect, or deprivation, is a type of abuse which occurs when someone has the responsibility to provide care for an individual who is unable to care for him- or herself, but fails to do so, therefore depriving them of adequate care. Neglect may include the failure to provide sufficient supervision, nourishment, or medical care, or the failure to fulfil other needs for which the victim cannot provide themselves.

Neglect can lead to many long-term side effects such as: physical injuries, low self-esteem, attention disorders, violent behaviour, physical and psychological illness, and can even result death.

These four types of violence can occur in each of the previously mentioned broad categories, and their subcategories (except for self-directed violence).

The graphic below illustrates these links between types of violence and the nature of violent acts. Horizontally the graphic shows who is affected, while vertically it describes how they are potentially affected.

This typology of violence provides a useful framework for understanding the complex patterns of violence in the lives of individuals, families and communities. It captures the nature of violent acts, the relevance of the setting, the relationship between the perpetrator and the victim, and – in the case of collective violence – possible motivations for the violence.

One should keep in mind that this is just a model and in reality the dividing lines between the types or nature of violence are not always this clear – they can easily overlap, and influence or reinforce each other.

The typology of violence clearly distinguishes between perpetrators of violence across different levels. There are situations, however, when violence cannot be attributed to a specific actor but rather to structures put in place that exert violence (in any of its forms) on individuals or communities. The system of apartheid and its overt discrimination against a large part of the South African population is one example.

Structural violence exists when certain groups, classes, genders or nationalities have privileged access to goods, resources and opportunities over others, and when this unequal advantage is built into the social, political and economic systems that govern their lives.

Structural violence requires both political and social change in order to transform the existing, discriminatory structures and patterns that govern the lives of citizens.

Violence and crime: Drawing a distinction

The terms “violence” and “crime” are often closely linked and used interchangeably. They should, however, not be confused.

Some types of crime are violent as per definition (such as armed crime or contact crimes, including murder, assault and rape), while other crimes involve no direct violence at all (such as tax evasion or illicit drug use). Similarly, not all types of violence are criminal, such as the previously mentioned structural violence, or many forms of psychological violence.

In other words, not every case of violence is a crime, and not every crime is violent. Therefore it is important to distinguish between violence and crime as two different terms that can overlap each other (and often do), but need not necessarily do so.

Smacking a woman or child is a violent act. However, whether acts of corporal punishment are seen as a criminal offence varies according to a country’s law and social attitudes towards women and children.

In some countries, laws classify corporal punishment as a criminal act. While in many other countries, it is not a crime and justified as a necessary disciplinary measure.

Whether an act is classified as a crime or not depends on the laws of a country. Crime can therefore be defined as a violation of the law and an act of deviance from established rules, or a non-commission of an action that is required by law.

Violence, on the other hand, is an act of physical aggression that in most cases results in harm. Whether a violent act is considered a crime changes from country to country, and it might change over time, as countries adapt their laws due to changing political systems and social values. Understanding the difference between these two concepts is important in responding appropriately and adopting effective prevention strategies.