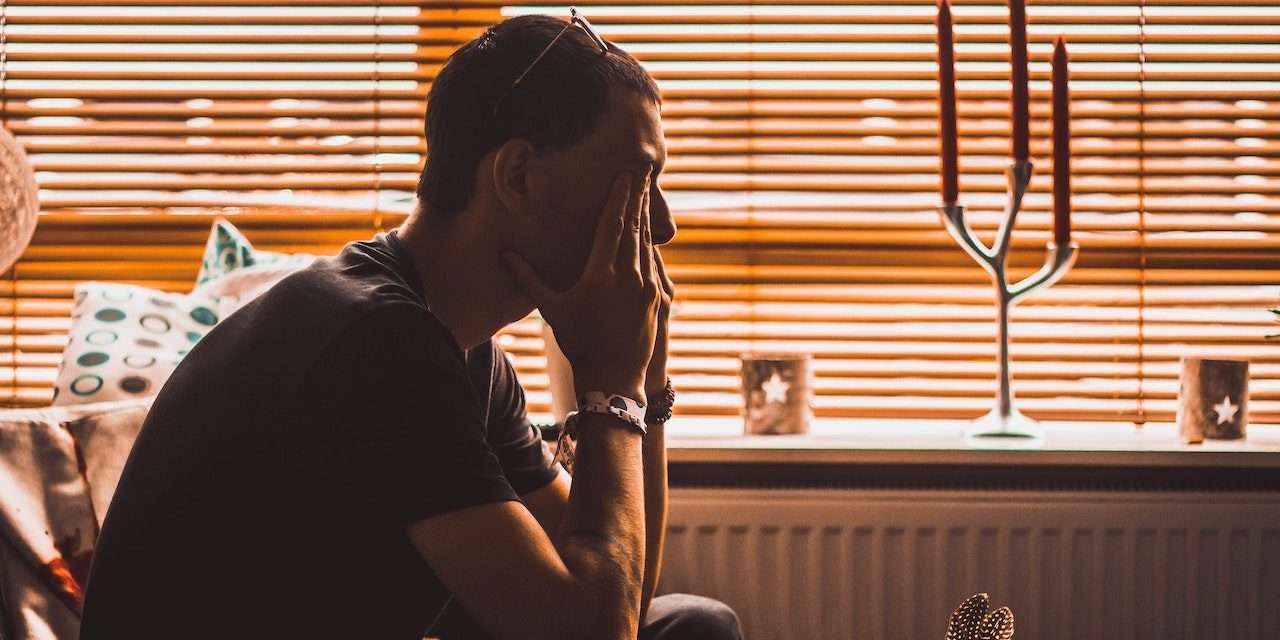 Sexual relationship with my therapist

There’s nothing quite like it. You sit together in hushed intimacy, just the two of you, finally revealing lifelong secrets. The atmosphere is exquisitely calm, the tranquillity shot through with alertness as the world shifts, brilliantly refigured, and relief floods in. You have the certainty that you are protected and profoundly understood by someone who is on your side. As Freud wrote, “Analysis is, in essence, a cure through love.”

From the very act of revelation, a feeling of affinity can grow. In such safety and solace, with all the exclusive focus you could ever wish for, you start wondering about this person who sits opposite you – the therapist. This expert trained to understand the human heart. Who is this enigma, who gives clues to their personality only through their clothes, voice, décor?

This is what transference feels like. I’ve experienced it myself, and so have many others. This projection of our own needs, desires and past complications on to an authority figure – a teacher, boss, doctor, therapist – is a phenomenon that therapists have refined, debated, experienced or even used in their practice. I was drawn to write about this in a novel because, having seen several therapists over the years, I’ve felt curiosity, even a transient conviction of a special bond, but only once did I experience transference that contained the intensity of an infatuation. So many friends have experienced the same; every psychoanalyst, psychologist, psychiatrist, psychotherapist I have spoken to has encountered it.

Therapists tend to be objects of fascination to their clients by the nature of their anonymity. Who lies beneath the professional mask? We have a perverse desire to know more. As psychotherapist Carol Martin-Sperry says: “The therapist should be a blank slate and not divulge any personal information that could lead to envy, admiration, resentment, feelings of failure and much else. The therapeutic relationship is not a friendship.”

That relationship is a complex one – on one level, one of the closest you will ever experience, layered with tears, confessions, possibly projected anger – and on the other, it is a financial, professional arrangement with a stranger that is entirely severed once the process ends. There is also a balance to be achieved: research shows that the efficacy of the treatment is largely predicated on the strength of the client-therapist relationship.

“The therapist could potentially be drawn into the patient’s unconscious dynamics,” says Duncan Harding, a consultant psychiatrist. “A therapist needs to have their own framework of support and supervision. Transgressions are taken very seriously and can be career-ending. The damage to the patient could be catastrophic – as the therapist potentially colludes with, and re-enacts, the patient’s core pathology.”

“This consulting room passion was the biggest addiction of my life,” says Dora, a married mother of three who saw a therapist. “I was certain this supposedly straight woman was flirting with me. But was it just in my own mind? It became more and more heated, so exciting, so weird-feeling. Kind of terrifying. OK, so to cut a long story short, we had an affair. We stopped the therapy, and became lovers. It was like taking heroin. It was addictive beyond belief, but it messed with my head, damaged my marriage, my mothering, and after a while she left me, and I had a breakdown. I’ve had years of therapy – safe therapy – to repair that harm. I think I’m still not over it, really.”

Transference is often intentionally used by a therapist as a tool. As Harding says: “It informs our understanding of the patient’s unconscious drivers.” But its use needs extreme care, and therapists will generally discuss the transference with their own supervisors. “Transference and countertransference are possibly the analyst’s greatest and most reliable tools,” says Maxine Mei-Fung Chung, psychoanalyst and author of The Eighth Girl. “They can be noted, felt and listened to, but boundaries must be respected at all times.”

“Countertransference happens, but you have to rein that piece of yourself in completely,” says Jan Day, a relationship coach. “It can be a major temptation for a therapist who is being adored. It is a powerful energy if you’re hooked in. The therapist has to stay really grounded.” Of clients who view her as a parental figure, she says, “It’s important to see it clearly, name it and be compassionate with it, so I don’t have to climb into being their parent.” As Carol Martin-Sperry says: “The therapeutic space needs to feel safe and contain all sorts of difficult thoughts, feelings, memories and fantasies.”

Therapist-patient affairs are horribly harmful. Often the therapists involved are charismatic, the clients are blinded.

Mary, then single and now married, fell in love with her therapist. She felt his attentions were wrong, but that ultimately he helped her to change, and find love. “One day, he said, ‘I don’t want this session to end.’ He looked at me, and my heart flipped. The atmosphere in the room had been condensing week by week until everything he said seemed loaded. I was scared. What if I was wrong? What if I was right? There was no option I didn’t dread and relish. I thought about him constantly. There’s nothing like suspense to fuel obsessive thoughts. It was dangerous, there’s no doubt, but as a therapist he helped me break patterns, and the attention I got from him was fuel and it gave me the strength to change my life. ‘One day you’ll leave me,’ he said, mournfully, and he was right. One day I did.”

Day says of therapist-patient affairs, “They’re horribly harmful. Often the therapists who are involved are so charismatic, the clients are blinded. It’s very compelling when you’re in the midst of it, but when you wake up, you realise how harmful it is. There’s not a possibility of an equal relationship: it’s always distorted, always an abuse of power. The – usually male – therapist uses their power to get what they want when they’re supposed to be serving your growth. You give a lot of trust to a therapist and if they misuse it, any good work they could have done is betrayed. It’s a mess, basically.”

When boundaries, ethics and professional rules are broken, the ramifications are shocking. A study by Kenneth Pope and Valerie Vetter of patients who had been sexually involved with a therapist found that around 90% were harmed, and 14% attempted suicide. Around 7% of male and 1.5% of female mental health professionals admitted to a sexual-boundary violation.

Among cases of professionals being struck off, “celebrity therapist” Beechy Colclough was expelled from the British Association for Counselling and Psychotherapy for having sex with patients. One of them was reported as saying she felt “humiliated and used”. She described how, “he manipulated me so I would fall in love with him… He made me feel the most special girl on earth.”

In my novel, I wanted to look into what can happen when transference is taken advantage of: the exhilaration of being treated as exceptional, and the explosive consequences of a relationship where there is a unique power imbalance. Confusion, guilt and harmful effects on marriage are almost inevitable. The therapeutic relationship is usually safe and helpful, even life-changing. But every aspect is magnified, and when the personal intrudes, the experience goes from the electrifying to the toxic. Beware those therapy thrills. There danger lies.

The Seduction by Joanna Briscoe is published by Bloomsbury on 11 June at £16.99. Order a copy for £14.78 from guardianbookshop.com

The founder of psychoanalysis wasn’t referring to the risk of accident with a bunsen burner, but the possibility of sexual chemistry between a therapist and their patients. Although it’s not known whether Freud himself ever actually crossed this professional boundary, other eminent psychoanalysts like Carl Jung and Otto Rank are thought to have had sexual relationships with their female clients.

Sigmund Freud once wrote that when it comes to psychotherapy, “It will never be possible to avoid little laboratory explosions.”

This, according to experts, can result in a strong connection to the therapist and sometimes dredge up intense feelings like anger, jealousy, and love. The crux is that the feelings are sparked by the therapist’s professional persona, not their real life personality.

If you were to go to your therapist today and declare your undying love, they would most likely tell you that what you are feeling is “transference.” The term refers to the process through which a patient transfers pre-existing emotional experiences and needs onto their therapist. It’s thought this phenomenon occurs because past feelings, memories, and sensations—particularly those from early childhood—rise to the surface when you’re in a therapist’s office.

As for the number of therapists who have had sexual contact with a patient or patients during their career, studies vary wildly . Some literature points to figures as low as the 0.2 percent mark, while others indicate higher numbers. In 1997, clinical psychologist Susan Baur conducted an anonymous survey of 5,000 mental health professionals and found that 95 percent of therapists reported having sexual fantasies about their patients. Of course, that doesn’t mean any of the respondents had ever acted on their attraction.

Most of us, regulatory bodies included, now recognise this as a serious faux pas—one that can leave therapists at risk of losing their license or even a prison sentence. But that isn’t to say strong attraction never arises in the therapy room. It’s widely known and accepted that people crush on their therapists, and the feeling can on occasion be mutual.

When this happens in reverse—that is, when the therapist has an emotional reaction to what the patient shares during therapy—it is known as “countertransference.” This can manifest itself as maternal, paternal or, as demonstrated in Baur’s study, sexual feelings.

WATCH: VICE goes inside the world of medically assisted sex

“These patients end up with the same emotional problems you see in incest victims,” Dr Nanette Gartrell, a psychiatrist at the University of California told the New York Times in response to a panel conducted by the American Psychological Association which addressed the issue. “They have trouble trusting anyone, they’re frightened of being taken advantage of in intimate relationships, and they are severely depressed.”

The Australian Psychological Society’s code of ethics states that psychologists cannot have sex with a patient for at least two years after the professional relationship has ended. Even then, it has to be discussed with a senior psychologist, and the patient is advised to have independent counselling. The Australian Medical Board’s official position is that: “A breach of sexual boundaries is unethical and unprofessional because it exploits the doctor-patient relationship, undermines the trust that patients (and the community) have in their doctors and may cause profound psychological harm to patients and compromise their medical care.” Even when actual physical contact doesn’t occur, it can still be deeply unsettling for someone to hold unresolved feelings for their therapist. “My therapist dumped me,” says one commenter on mental health network Psyche Central. “I am heartbroken, she couldn’t see me anymore because she doesn’t think she has the skills to help me. I feel like I have nothing to live for anymore. My whole world revolved around her.”