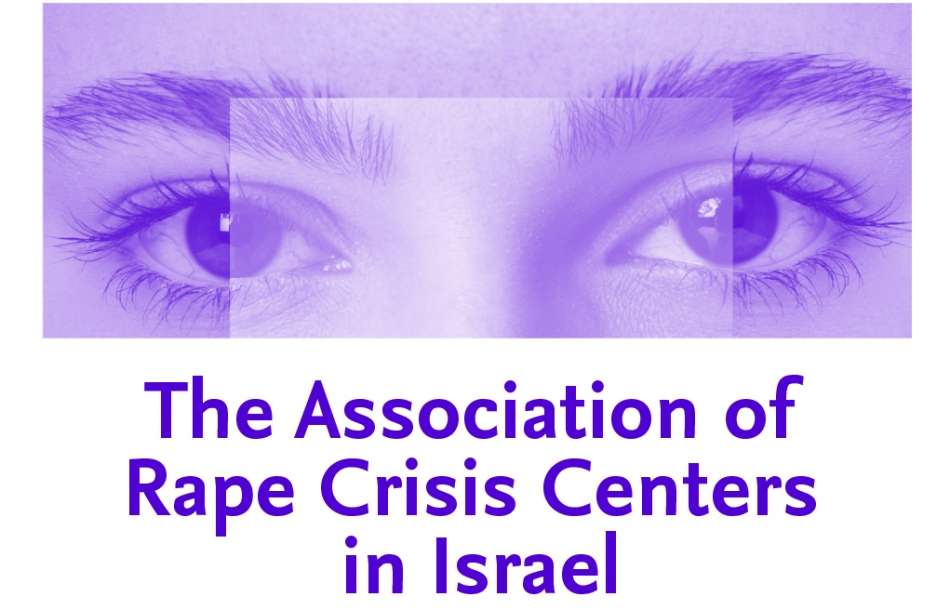 What are the characteristics (definitions and examples) of sexual abuse

Sexual abuse is an act of violence which the attacker uses against someone they perceive as weaker than them. It does not come from an uncontrollable sex drive, but is a crime committed deliberately with the goal of controlling and humiliating the victim.

Most victims of sexual violence are women – a fact that reflects their social stance even today, in the 21st century, as inferior to men. Sexual violence is another means of oppressing women in a patriarchal society.

Sexual violence is a social phenomenon that exists in every society that accepts aggressive behavior and gender inequality, and Israel is among them. Thousands of women turn to the rape crisis centers for help after an attack, and the statistics show that 1 in 3 women will be sexually abused during their lifetime.

For full legal definitions of types of sexual assault, see the penal code from 1977

Sexual Harassment in the Workplace

You may, instead or in addition, file a report with the police or take civil action in labor court.

According to the CDC 1 in 4 men and 1 in 3 women report having experienced physical sexual violence. These numbers are likely lower than the actual number of victims out there because sexual abuse is under reported and these numbers only include 1 of the 5 types of sexual abuse, physical sexual violence. Our office helps people overcome the trauma of sexual abuse and many of those we work with have not reported the abuse and are reluctant to do so. Understanding that abuse is real even if no physical contact is made is important for a journey of recovery to begin.

Verbal Sexual Abuse includes the use of spoken or written words to express, evoke, or imply sexual content. Verbal sexual abuse is prevalent and can be experienced in social settings, at work, and at home. Crude humor is often given a pass in our culture even though it does real harm. It can be hard to deal with because, we might feel that there is a violation but, be fearful of facing social or relational consequences for speaking up.  Examples of verbal sexual abuse include; sexual jokes, teasing about physical characteristics, graphic sexual descriptions, name calling, comments on physical development, solicitation, unwanted romantic advances, sexting, and stalking with phone calls or other messages, etc.

Covert Sexual Abuse can happen without your knowledge. This includes being observed, followed, photographed, social media stalking, sexual cyber-harassment. This form of abuse is characterized by attempts by the perpetrator to get some form of sexual satisfaction from the victim without their knowledge.

Our culture is inundated with sexually charged or sexually explicit images. Being exposed to unwanted sexual content visually is sexual abuse. Some examples of Visual Sexual Abuse can include; unwanted or uninvited exposure to sexually explicit images, sexting/airdropping, exhibitionism/flashing, nudity or improper dress at home, and performing sexual acts while non-consenting individual are present.

Examples of Physical Sexual Abuse include non-consensual: touching, fondling, physical restraint, cornering, tickling, kissing, excessive cleaning of genitals, enemas, intercourse, sodomy, oral sex, licking, brushing up against, urinating on, invasion of privacy, stalking. The potential for sexual abuse is very much influenced by power differentials, so someone saying “Okay, fine.” or not saying, “No” does not mean sexual contact was consensual. This is because actions can be coerced without explicitly voicing a threat or possible consequence.

Ritualistic Sexual Abuse is sexual abuse blended with some form of spirituality and ritual.  In some cases of ritualistic sexual abuse, perpetrators encourage or attempt to justify their actions as an act of penance or worship, to the target of their abuse. This type of abuse also can include child marriage, incest rituals, genital mutilation, and chants or incantations during abuse.

Q: Does sexual abuse have to involve physical contact?

A: No, sexual abuse can happen without being touched or even being in the same space as the abuser. Sexual abuses can include words spoken, sights seen, and acts done covertly, all without physical contact.

Q: What is a Trauma?

A: Trauma can be defined as an emotional response to an experience that is distressing or disturbing. With sexual trauma this often includes experiencing a “No choice, no voice” event. Experiencing something where there is a loss of control, coercion or pressure, a perceived helplessness.

Q: Can I heal from this?

A: Yes! If you have experienced something like this, you do not have to be stuck with trauma for the rest of your life. With advanced techniques like Accelerated Resolution Therapy and Eye Movement Desensitization and Reprocessing that help to heal the impact of those events, recovery is within reach. These new techniques limit your exposure to your memory of the past event in session and expedites the healing process. Therapist with these advanced techniques can really help you to process trauma without a high level of distress in recalling the memories. Sometimes, we are able to work with clients without them needing to retell the story until it no longer triggers intense emotions.

Hear more about this topic on our podcast The Reimagined Life: Episode 5: 5 Types of Sexual Abuse You May Not Be Aware Of (ft. Cristina Ally)

Abusive sexual behavior by one person upon another

Sexual abuse or sex abuse, also referred to as molestation, is abusive sexual behavior by one person upon another. It is often perpetrated using force or by taking advantage of another.[1] Molestation often refers to an instance of sexual assault against a small child, whereas sexual abuse is a term used for a persistent pattern of sexual assaults.[2]

The offender is referred to as a sexual abuser or (often pejoratively) molester.[3] The term also covers behavior by an adult or older adolescent towards a child to stimulate any of the involved sexually. The use of a child, or other individuals younger than the age of consent, for sexual stimulation is referred to as child sexual abuse or statutory rape. Live streaming sexual abuse involves trafficking and coerced sexual acts and or rape in real time on webcam.[4][5][6][7]

Spousal sexual abuse is a form of domestic violence. When the abuse involves threats of unwanted sexual contact or forced sex by a woman’s husband or ex-husband, it may constitute rape, depending on the jurisdiction, and may also constitute an assault.[8]

Child sexual abuse is a form of child abuse in which a child is abused for the sexual gratification of an adult or older adolescent.[9][10] It includes direct sexual contact, the adult or otherwise older person engaging indecent exposure (of the genitals, female nipples, etc.) to a child with intent to gratify their own sexual desires or to intimidate or groom the child, asking or pressuring a child to engage in sexual activities, displaying pornography to a child, or using a child to produce child pornography.[9][11][12]

Sexual abuse by a family member is a form of incest, which can result in severe long-term psychological trauma, especially in the case of parental incest.[18]

Elderly and people with dementia

Elderly people, especially those with dementia, can be at risk of abuse. There were over 6,000 “safeguarding concerns and alerts” at UK care homes from 2013 to 2015. These included alleged inappropriate touching and worse allegations. Offenders were most often other residents but staff also offended. It is suspected some care homes may deliberately overlook these offenses.[23]

People in poverty, including those from developing countries, are vulnerable to forced prostitution,[24][25][26] live streaming sexual abuse,[5][6][7] and other forms of molestation. Victims who come from families in poverty often have less connections, power, protection, and education about sex crimes.[27]

Sexual abuse is a problem in some minority communities. In 2007, a number of Hispanic victims were included in the settlement of a massive sexual abuse case involving the Los Angeles archdiocese of the Catholic Church.[28] A qualitative study by Kim et al. discusses the experiences of sexual abuse in the US population of Mexican immigrant women, citing immigration, acculturation, and several other social elements as risk factors for abuse.[29]

Captive breeding activities are sometimes described as sexual abuse.[30] People for the Ethical Treatment of Animals (PETA) has specifically objected, for example, to SeaWorld’s breeding of orcas (Orcinus orca).[30] Captive breeding of animals led to the idea of capturing and enslaving women for involuntary breeding according to Charles Patterson.[31]

In the emergency department, contraceptive medications are offered to women raped by men because about 5% of such rapes result in pregnancy.[32] Preventative medication against sexually transmitted infections are given to victims of all types of sexual abuse (especially for the most common diseases like chlamydia, gonorhea, trichomoniasis and bacterial vaginosis) and a blood serum is collected to test for STIs (such as HIV, hepatitis B and syphilis).[32] Any survivor with abrasions are immunized for tetanus if 5 years have elapsed since the last immunization.[32] Short-term treatment with a benzodiazepine may help with acute anxiety and antidepressants may be helpful for symptoms of PTSD, depression and panic attacks.[32]

In regards to long term psychological treatment, prolonged exposure therapy has been tested as a method of long-term PTSD treatment for victims of sexual abuse.[34]

The term survivor is sometimes used for a living victim, including victims of non-fatal harm, to honor and empower the strength of an individual to heal, in particular a living victim of sexual abuse or assault.[41] For example, there are the Survivors Network of those Abused by Priests and The Survivors Trust.

Sexual misconduct can occur where one person uses a position of authority to compel another person to engage in an otherwise unwanted sexual activity. For example, sexual harassment in the workplace might involve an employee being coerced into a sexual situation out of fear of being dismissed. Sexual harassment in education might involve a student submitting to the sexual advances of a person in authority in fear of being punished, for example by being given a failing grade.

In October 2020, a powerful member of the United Arab Emirates’ royal family, Nahyan bin Mubarak Al Nahyan was accused of exploiting his authority by a British citizen, Caitlin McNamara, who was working on Abu Dhabi Hay Festival. On February 14 that year, the UAE’s Minister of Tolerance called McNamara for a dinner at his villa on private island and sexually abused the woman, who was organizing the literary festival for the country.[55]

Sexual abuse has been identified among animals as well; for example, among the Adélie penguins.[56]