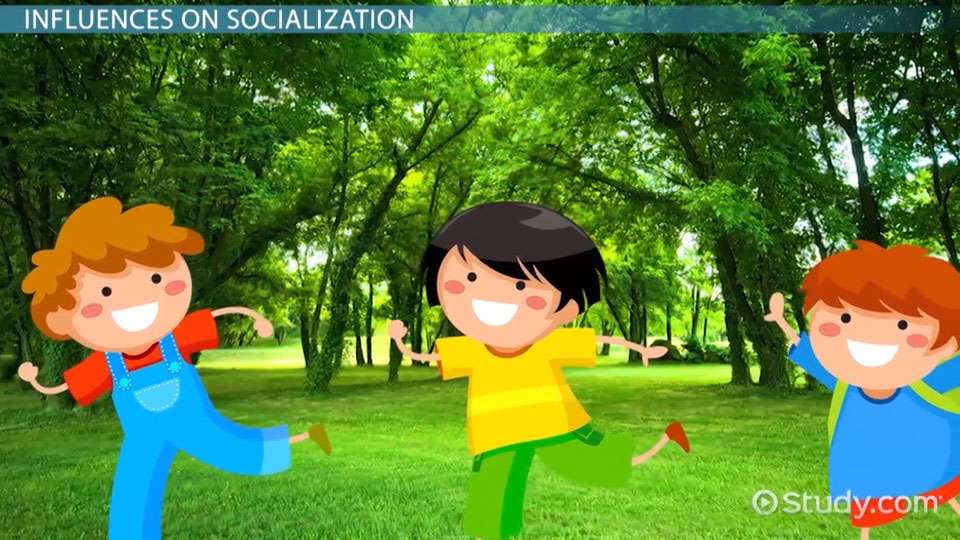 What are the five types of peer groups

Socialization means spending time with other people and learning socially acceptable behavior. The peer group definition includes socialization within its boundaries, and a peer group’s influences on its members depend on socialization between peers. During childhood and adolescence, children may be more influenced by their peers than by their parents or caregivers. These connections can affect a child’s way of thinking and behaving; while most peer group influences are temporary, some can become permanent, affecting children into adulthood.

Many studies have been conducted on peer socialization and its influence on young people. Several studies have found behavior patterns that tend to present themselves among certain types of peer groups. For example, associating with a peer group among whom negative behaviors are common can result in a higher likelihood that others in the group will be influenced to behave the same way:

Just as joining a peer group can lead to negative influences, there are also advantages to peer groups. Many studies have shown that there are positive effects stemming from socializing with peer groups:

Children can also learn things from peer groups that they might not learn at home or school. Because some kids might be more comfortable discussing sensitive subjects that may be considered off-limits at home or school, they discuss those topics among their peer groups. For instance, sex, drug and alcohol use, smoking, relationships, menstruation, pregnancy, and crime are possible topics of discussion among peers.

Behaviors are often learned from peer groups, many of them positive and lifelong. Preparation for adulthood, self-confidence, community contributions, and the motivation to achieve academic and professional success can be learned from peer groups. Because each child contributes different skills, attitudes, and behaviors to the group, there are benefits to be gained by its members.

Independence is a useful skill that can serve as a lifelong advantage of learned peer group attitudes and behaviors. From other kids who may be more advanced in these areas than some of their peers, children can learn to decrease their dependency on their parents and become self-sufficient. They can teach one another basic life skills such as cooking, cleaning, budgeting, and how to foster a strong work ethic. Many peer group members help each other succeed at life on levels that parents, caregivers, and teachers cannot because children, particularly adolescents, are sometimes more comfortable with their friends than with their family members or teachers.

Friendships and romantic relationships are often formed in peer groups. While they already have common interests, many peer groups adopt a normative code, meaning that members must conform to the group’s way of thinking, dressing, speaking, or behaving, and rejection from the group can be the price for not conforming to the code. Those who remain in the group often pair up with several friends or form romantic relationships, as peer groups help them with self-identity, gender roles, and sexual and gender identifications.

To give a peer group meaning, members tend to think and behave alike; ironically, the peer group develops a collective individuality as its members conform to the group’s rules of behaviors and attitudes. Loss of personal identity and individuality are disadvantages in some peer groups. The risk for negative or even criminal behavior is another valid concern. Another disadvantage is that many peer groups may not be accepting of a person who wants to belong to the group but maintain independence from the group at the same time, leading to peer pressure and bullying.

Although peer pressure can negatively affect all ages, it is primarily present in adolescents. Peer pressure is the pressure children put on each other to conform to the group’s behaviors and attitudes; members are often expected to dress a certain way, speak alike, and listen to a certain kind of music. When a child conforms, individuality can be lost, changing the child’s behavior and relationship with others, including other kids, siblings, parents, and teachers. Children can place demands on one another to lie, smoke cigarettes, drink alcohol, use drugs, skip school, or shoplift.

Peer pressure can also produce positive effects like self-confidence, acceptance, loyalty, honesty, stability, safety, and the addition of new hobbies. Positive behaviors and attitudes can be gained from peer pressure, many of which will help maintain solid relationships with family, friends, and teachers. When the negative outweighs the positive, however, there are signs that parents, caregivers, and teachers can look for to determine if the child is being negatively affected by peer groups.

If a child is a victim of either peer pressure or bullying by a peer group, there are indicators called risk behaviors in which the child may engage:

Many peer groups encourage anti-social behavior among its member to separate them from outside influences, such as teachers, parents, siblings, or friends outside the group. Groupthink is a process that is often present in peer groups; it involves group decision-making as opposed to critical thinking and personal opinion. Due to their determination to conform, many peer groups often make irrational decisions using groupthink, leading to actions that can be aggressive, harmful, or illegal.

Radicalization is the development of extreme actions, emotions, and beliefs that usually deviate from the social norm. Radicalization can be demonstrated both peacefully and violently and often involve views on government, society, religion, human rights, freedom, race, economy, or values. No matter the subject, radicalization usually promotes the superiority of a single group with absolute convictions that are in opposition to society at large.

Peer groups form as a result of common interests, beliefs, and activities and can include people of all ages. Each group has the potential for both advantages and disadvantages, with each member contributing skills, attitudes, and behaviors that are often adopted by many or all group members. Peer socialization can be either positive or negative, depending on the behaviors of the group members, prompting some to engage in harmful or illegal behavior, while others learn life skills that can lead to long-term relationships and lifestyles.

Peer pressure, or influence, comes in several forms, and these types of peer pressure can have a tremendous impact on a young person’s behavior. Research shows the most impressionable age for peer influence seems to be the middle school years. This is when a child is forming new friendships and choosing an identity among those friends.

It is also the most common age for kids to start experimenting with alcohol, drugs, sexual activity and other risky behaviors. Very often, the drive to engage in this kind of behavior is a result of negative peer pressure. Adolescents who have larger circles of friends appear to be less influenced by the suggestions or actions of their peers, but the pressure to conform is very real at this age.

Spoken peer pressure is when a teenager asks, suggests, persuades or otherwise directs another to engage in a specific behavior. If this is done in a one-on-one environment, the recipient of the influence has a stronger chance of adhering to his or her core values and beliefs. If, however, the spoken influence takes place within a group, the negative peer pressure to go along with the group is immense.

With unspoken peer pressure, a teenager is exposed to the actions of one or more peers and is left to choose whether they want to follow along. This could take the form of fashion choices, personal interactions or ‘joining’ types of behavior (clubs, cliques, teams, etc.). Many young teens lack the mental maturity to control impulses and make wise long-term decisions. Because of this, many teens are more susceptible to the negative peer pressure influence from older or more popular friends.

This type of peer pressure can be spoken or unspoken. Direct peer pressure is normally behavior-centric. Peer pressure examples of these kinds of behavior would be when a teenager hands another an alcoholic drink, or makes a sexual advance, or looks at another student’s paper during a test. The other teen is put in a position of having to make an on-the-spot decision.

Similar to unspoken peer pressure ,indirect peer pressure is subtle but can still exert a strong influence on an impressionable young person. When a teen overhears a friend gossiping about another person and then reacts to the gossip, that is indirect peer pressure. Or if a middle schooler learns that the popular kids’ parties include alcohol or drugs, that indirect pressure may prompt them to experiment as a way to gain acceptance.

Asking a young teenager to engage in behavior that is against their moral code or family values is a type of negative peer pressure. Teens see the actions of other teens with stronger personalities and are put in a position of following the leader or walking away. It’s not uncommon for teens with strong morals to find themselves engaging in behavior that goes against their beliefs, simply because they want acceptance. Young people often lack the skills to come up with an excuse or reason to say no to negative peer pressure.

A group dynamic can be a form of positive peer pressure if the behaviors are healthy, age-appropriate and socially acceptable. Positive peer pressure examples can include a peer group that wants to make good grades and positively influences a young teen to study. Or if a popular friend wants to earn money and save to buy a car, a less outgoing teenager may also be influenced to get a job and open a savings account. If members of the football team take a pledge to abstain from drinking alcohol to focus on staying healthy and having a winning season, other students may adopt the same behavior.

Parents can be the strongest influence in their child’s life if they understand and are aware of the types of peer pressure their teenager is facing. Supporting healthy friendships, modeling responsible behavior and keeping an open, judgment-free family dialogue are important ways for parents to set positive peer pressure examples for teens. Take the time to talk it out with your teen and ask them about types of peer pressure they may be facing. Check out our conversation starters if you need some advice on how you can kick things off.

Take the time to talk it out with your teen and ask them about types of peer pressure they may be facing. Check out our conversation starters if you need some advice on how you can kick things off.