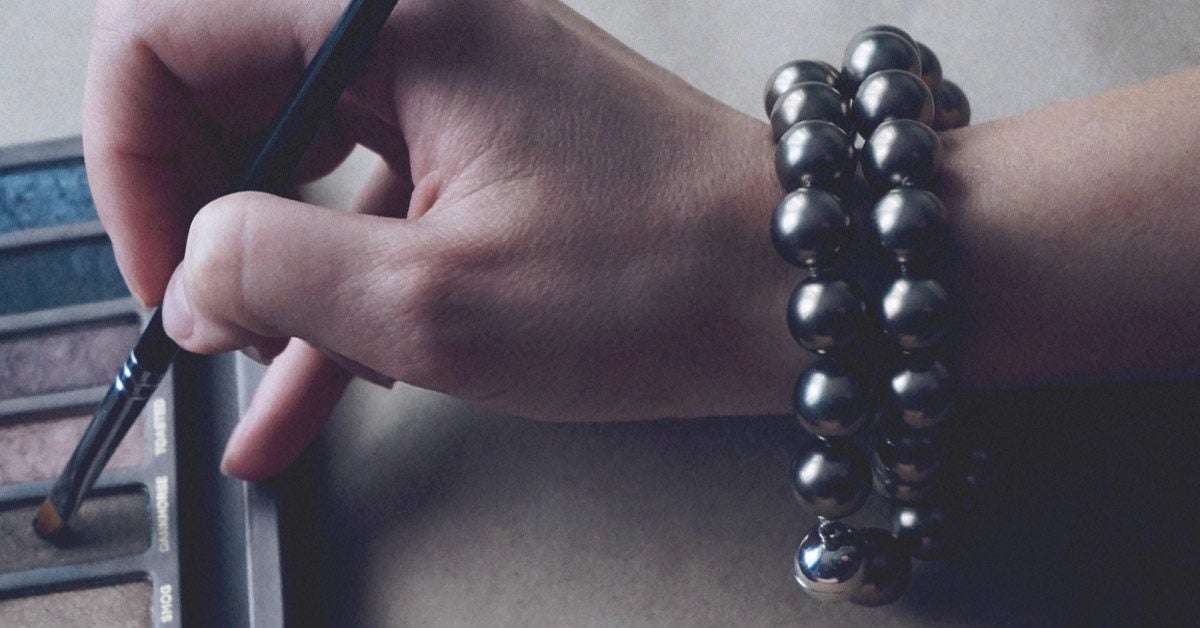 What is magnetic therapy bracelet

Magnetic therapy is an alternative medical practice that uses static (i.e. unmoving) magnets to alleviate pain and other health concerns. So-called therapeutic magnets are typically integrated into bracelets, rings, or shoe inserts, though therapeutic magnetic mattresses and clothing are also on the market.

Many well-conducted studies over the past three decades have shown that static magnetic devices offer no more or no less benefit than sham devices devoid of a magnet. These studies suggest that static magnetic therapy devices may not work at all beyond having a placebo effect on those who wear them.

Despite a lack of scientific evidence to support claims that commercially available magnetic therapy devices work, wearable magnets remain extremely popular. Global sale of therapeutic magnets is estimated to be at least $1 billion a year, according to the BBC.

How it’s supposed to work

Magnetic therapy dates back at least 2,000 years, according to a report by New York University’s Langone Medical Center. Folk healers in Europe and Asia are believed to have used magnets to try to treat a variety of ailments. These healers may have believed that magnets could actually draw disease from the body.

Today, those who believe in the efficacy of magnetic therapy often cite the ability of static magnets to alter a person’s bioenergetic fields, or biofields, which are “energy fields that purportedly surround and penetrate the human body,” according to the American Congress of Obstetricians and Gynecologists. Practitioners of certain alternative medical techniques may refer to this alleged bioenergetic field as life force, chi or energy flow. Some believe that such fields can be manipulated — sometimes using magnets — to treat illness or injury, according to an article published in 1999 in the Scientific Review of Alternative Medicine.

Many companies that sell therapeutic magnets also claim that a small magnet inside of a bracelet or other device helps increase blood flow to the area of the body where the device is worn. This increased blood flow is then said to help tissues heal faster.

While this idea may sound plausible because blood contains iron and magnets attract iron, the iron in blood is bound to hemoglobin and is not ferromagnetic (that permanent kind of magnetism that keeps magnets on a refrigerator, for example). If blood was ferromagnetic, you would essentially blow up when undergoing an MRI scan, in which the magnets used are thousands of times more powerful than those incorporated into magnetic bracelets and the like, according to an article by Dr. Bruce Flamm, a clinical professor of obstetrics and gynecology at the University of California, Irvine.

Regardless, the therapeutic magnets sold to ease aches and pains have magnetic fields that are generally too weak to penetrate your skin. You can test this by observing the weak interaction between a magnetic shoe insert and a paperclip when separated by a sock. Human skin is about 3 millimeters deep, thicker than some socks.

The most commonly used therapeutic magnets measure 400 to 800 gauss (one of the units in which magnet strength is expressed). Also known as permanent magnets, the static magnets used in magnetic therapy devices come in two different polarity arrangements, according to the Langone Medical Center report. The magnets are either unipolar, which means they have north on one side and south on the other, or they are alternating-pole, which means they are made from a sheet of magnetic material with north and south magnets arranged in an alternating pattern.

What the studies say

Scientific studies on human subjects have failed to show the efficacy of using magnets to treat pain or joint and muscle stiffness. One of the largest studies was published in 2007 in the Canadian Medical Association Journal — a systematic review of numerous previous studies on static magnets.

While some smaller studies in this review reported therapeutic value, larger studies did not. The researchers concluded: “The evidence does not support the use of static magnets for pain relief, and therefore magnets cannot be recommended as an effective treatment.”

One positive result often cited by magnetic therapy advocates is a 1997 study from Baylor College of Medicine, titled “Response of pain to static magnetic fields in postpolio patients: a double-blind pilot study.”

This study, led by Carlos Vallbona, reported “significant and prompt relief of pain in postpolio subjects” through the use of a 300-500 gauss magnet (about 10 times stronger than a refrigerator magnet) for 45 minutes on the affected area of 50 patients in pain.

But the Baylor study was both small and somewhat controversial, according to James Livingston, a retired MIT lecturer and former physicist with General Electric. Both doctors who conducted the study reported that they had used magnets to relieve their own knee pain prior to the study. This raises some doubts about the researchers’ objectivity, Livingston said.

Vallbona and his fellow researcher never duplicated their positive results in a larger study and, in fact, never published again on the topic.

In 2006, UC Irvine’s Flamm took a closer look at the science behind therapeutic magnets in an article that he published with Leonard Finegold, a professor of physics at Drexel University. For their article, published in the British Medical Journal, the authors reviewed the scientific literature on the efficacy of commercially available therapeutic magnets to treat a variety of ailments. They found no evidence that such magnets actually work.

“As far as static field magnets, there is definitely no evidence that they work,” Finegold told Live Science.

Finegold’s assertion is in keeping with the position of the National Center for Complementary and Integrative Health (NCCIH) on magnet therapy. The NCCIH’s website states, “scientific evidence does not support the use of magnets for pain relief.” The organization also states that no such evidence exists to support the use of magnets in the treatment of conditions such as fibromyalgia.

Can magnets help with pain?

With the alternative medicine industry as popular as ever, it should come as no surprise that some product claims are more than dubious, if not flat out untrue.

Popular even in Cleopatra’s time, the belief in magnetic bracelets as a cure-all continues to be a hotly debated topic. Scientists, businesspeople, and people seeking relief from pain and disease all have their own opinions.

Today, you can find magnets in socks, compression sleeves, mattresses, bracelets, and even athletic wear. People use them to treat pain caused by arthritis as well as pain in the heel, foot, wrist, hip, knee, and back, and even dizziness. But do they really work?

Where the theory comes from

The theory behind using magnets for medicinal purposes stems from the Renaissance period. Believers thought that magnets possessed a living energy, and they would wear a bracelet or piece of metallic material in the hope of fighting disease and infections or to relieve chronic pain. But with advancements in medicine through the 1800s, it didn’t take long before magnets came to be seen as worthless, even dangerous therapeutic devices.

Magnetic therapy enjoyed a resurgence in the 1970s with Albert Roy Davis, PhD, who studied the different effects that positive and negative charges have on human biology. Davis claimed that magnetic energy could kill malignant cells, relieve arthritis pain, and even treat infertility.

Today, sale of magnetic products for pain treatment is a multibillion-dollar industry worldwide. But despite another stint in the spotlight, recent studies have determined that evidence is inconclusive.

So, do they really work?

According to the vast majority of research, the answer is no. Davis’ assertions and a 1976 study have been largely disproven, and there’s little to no evidence that magnetic bracelets have any future in pain management.

A 2007 review of research concluded that magnetic bracelets aren’t effective at treating pain caused by osteoarthritis, rheumatoid arthritis, or fibromyalgia. Another, from 2013, agreed that both magnetic and copper wristbands have no more effect on pain management than placebos. The bracelets were tested for their effects on pain, inflammation, and physical function.

According to the National Center for Complementary and Integrative Health (NCCIH), static magnets, like those in a bracelet, don’t work. They warn people not to use any sort of magnet as a replacement for medical attention and treatment.

Most magnets marketed for pain relief are made from either pure metal — like iron or copper — or alloys (mixtures of metals or of metals with nonmetals). They come in strengths between 300 and 5,000 gauss, which is nowhere near as strong as the magnetic force of magnets you find in things like MRI machines.

While they’re generally safe, the NCCIH warns that magnetic devices can be dangerous for certain people. They caution against using them if you also use a pacemaker or insulin pump, as they might cause interference.

Despite the popularity of magnetic bracelets, science has largely disproven the effectiveness of such magnets in treating chronic pain, inflammation, disease, and general health deficiencies.

Don’t use magnets as a replacement for proper medical attention, and avoid them if you have a pacemaker or use an insulin pump.

Americans spend millions of dollars on metallic bracelets for their supposed health benefits. Many manufacturers market their products as alternatives to traditional medical care. But is there any truth to these claims?

A metallic bracelet is an accessory, worn on the wrist or ankle, that is part or all metal. Examples include:

What Are Metallic Bracelets Used For?

Metallic bracelets made of different materials have different uses. For example, gold bracelets are said to improve brain function, while silver bracelets may ward off infections and boost the immune system.

The common thing among all these claims is that there is not enough scientific evidence to prove or disprove them. There haven’t been enough studies carried out to show that metallic bracelets don’t work. But most of the research that’s been done has found claims about their effectiveness to be partly or completely false.