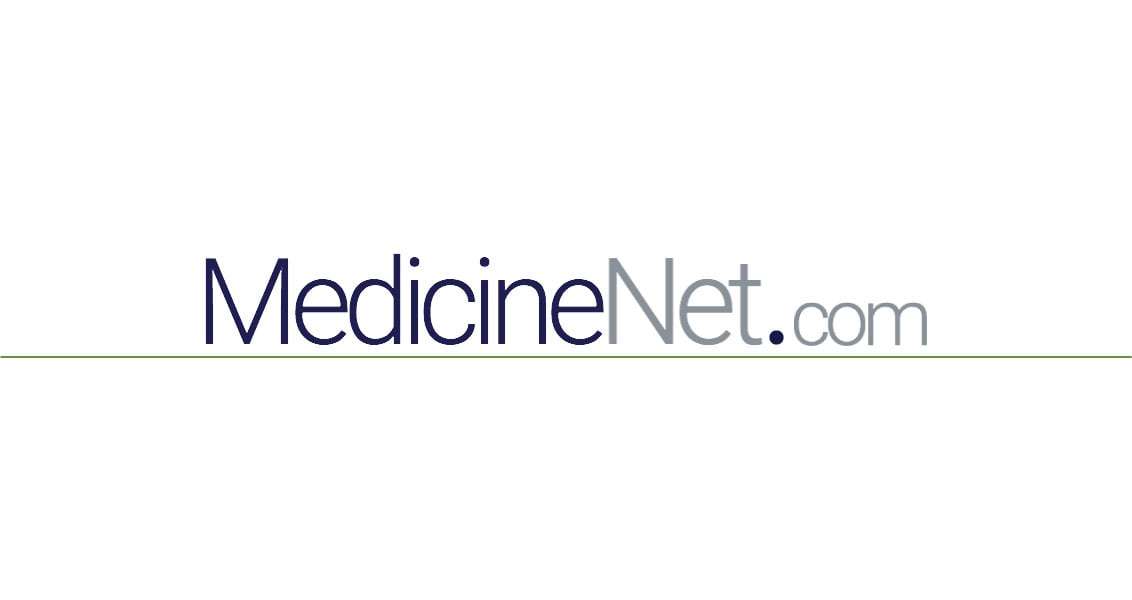 What is the basic aim of psychoanalytic therapy

The primary assumption of psychoanalysis is the belief that all people possess unconscious thoughts, feelings, desires, and memories.

The aim of psychoanalysis therapy is to release repressed emotions and experiences, i.e., make the unconscious conscious. It is only having a cathartic (i.e., healing) experience can the person be helped and “cured.”

How can we understand the unconscious mind?

How can we understand the unconscious mind?

In psychoanalysis (therapy) Freud would have a patient lie on a couch to relax, and he would sit behind them taking notes while they told him about their dreams and childhood memories.  Psychoanalysis would be a lengthy process, involving many sessions with the psychoanalyst.

Due to the nature of defense mechanisms and the inaccessibility of the deterministic forces operating in the unconscious, psychoanalysis in its classic form is a lengthy process often involving 2 to 5 sessions per week for several years.

This approach assumes that the reduction of symptoms alone is relatively inconsequential as if the underlying conflict is not resolved, more neurotic symptoms will simply be substituted.

The analyst typically is a ‘blank screen,’ disclosing very little about themselves in order that the client can use the space in the relationship to work on their unconscious without interference from outside.

The psychoanalyst uses various techniques as encouragement for the client to develop insights into their behavior and the meanings of symptoms, including inkblots, parapraxes, free association, interpretation (including dream analysis), resistance analysis and transference analysis.

Due to the nature of defense mechanisms and the inaccessibility of the deterministic forces operating in the unconscious,

The Rorschach inkblot itself doesn’t mean anything, it’s ambiguous (i.e., unclear). It is what you read into it that is important. Different people will see different things depending on what unconscious connections they make.

The inkblot is known as a projective test as the patient ‘projects’ information from their unconscious mind to interpret the inkblot.

However, behavioral psychologists such as B.F. Skinner have criticized this method as being subjective and unscientific.

Unconscious thoughts and feelings can transfer to the conscious mind in the form of parapraxes, popularly known as Freudian slips or slips of the tongue. We reveal what is really on our mind by saying something we didn’t mean to.

For example, a nutritionist giving a lecture intended to say we should always demand the best in bread, but instead said bed. Another example is where a person may call a friend’s new partner by the name of a previous one, whom we liked better.

Free association is a practice in psychoanalytic therapy, in which a patient talks of whatever comes into their mind. This technique involves a therapist giving a word or idea, and the patient immediately responds with the first word that comes to mind.

It is hoped that fragments of repressed memories will emerge in the course of free association, giving an insight into the unconscious mind.

Free association may not prove useful if the client shows resistance, and is reluctant to say what he or she is thinking.  On the other hand, the presence of resistance (e.g., an excessively long pause) often provides a strong clue that the client is getting close to some important repressed idea in his or her thinking, and that further probing by the therapist is called for.

Freud reported that his free associating patients occasionally experienced such an emotionally intense and vivid memory that they almost relived the experience.  This is like a “flashback” from a war or a rape experience.

Such a stressful memory, so real it feels like it is happening again, is called an abreaction.  If such a disturbing memory occurred in therapy or with a supportive friend and one felt better–relieved or cleansed–later, it would be called a catharsis.

According to Freud the analysis of dreams is “the royal road to the unconscious.” He argued that the conscious mind is like a censor, but it is less vigilant when we are asleep.

As a result, repressed ideas come to the surface – though what we remember may well have been altered during the dream process.

As a result, we need to distinguish between the manifest content and the latent content of a dream. The former is what we actually remember.

The latter is what it really means. Freud believed that very often the real meaning of a dream had a sexual significance and in his theory of sexual symbolism he speculates on the underlying meaning of common dream themes.

Psychoanalysis (along with Rogerian humanistic counseling) is an example of a global therapy (Comer, 1995, p. 143) which has the aim of helping clients to bring about a major change in their whole perspective on life.

This rests on the assumption that the current maladaptive perspective is tied to deep-seated personality factors. Global therapies stand in contrast to approaches which focus mainly on a reduction of symptoms, such as cognitive and behavioral approaches, so-called problem-based therapies.

Anxiety disorders such as phobias, panic attacks, obsessive-compulsive disorders and post-traumatic stress disorder are obvious areas where psychoanalysis might be assumed to work.

The aim is to assist the client in coming to terms with their own id impulses or to recognize the origin of their current anxiety in childhood relationships that are being relived in adulthood.  Svartberg and Stiles (1991) and Prochaska and DiClemente (1984) point out that the evidence for its effectiveness is equivocal.

Salzman (1980) suggests that psychodynamic therapies generally are of little help to clients with specific anxiety disorders such as phobias or OCDs but may be of more help with general anxiety disorders.  Salzman (1980) in fact expresses concerns that psychoanalysis may increase the symptoms of OCDs because of the tendency of such clients to be overly concerned with their actions and to ruminate on their plight (Noonan, 1971).

Depression may be treated with a psychoanalytic approach to some extent.  Psychoanalysts relate depression back to the loss every child experiences when realizing our separateness from our parents early in childhood.  An inability to come to terms with this may leave the person prone to depression or depressive episodes in later life.

Treatment then involves encouraging the client to recall that early experience and to untangle the fixations that have built up around it.  Particular care is taken with transference when working with depressed clients due to their overwhelming need to be dependent on others.  The aim is for clients to become less dependent and to develop a more functional way of understanding and accepting loss/rejection/change in their lives.

Shapiro and Emde (1991) report that psychodynamic therapies have been successful only occasionally.  One reason might be that depressed people may be too inactive or unmotivated to participate in the session.  In such cases a more directive, challenging approach might be beneficial.

Another reason might be that depressives may expect a quick cure and as psychoanalysis does not offer this, the client may leave or become overly involved in devising strategies to maintain a dependent transference relationship with the analyst.

– Therapy is very time-consuming and is unlikely to provide answers quickly.

– People must be prepared to invest a lot of time and money into the therapy; they must be motivated.

– They might discover some painful and unpleasant memories that had been repressed, which causes them more distress.

– This type of therapy does not work for all people and all types of disorders.

– The nature of Psychoanalysis creates a power imbalance between therapist and client that could raise ethical issues.

Fisher and Greenberg (1977), in a review of the literature, conclude that psychoanalytic theory cannot be accepted or rejected as a package, ‘it is a complete structure consisting of many parts, some of which should be accepted, others rejected and the others at least partially reshaped.’

Fonagy (1981) questions whether attempts to validate Freud’s approach through laboratory tests have any validity themselves.  Freud’s theory questions the very basis of a rationalist, scientific approach and could well be seen as a critique of science, rather than science rejecting psychoanalysis because it is not susceptible to refutation.

The case study method is criticized as it is doubtful that generalizations can be valid since the method is open to many kinds of bias (e.g., Little Hans).

However, psychoanalysis is concerned with offering interpretations to the current client, rather than devising abstract dehumanized principles.  Anthony Storr (1987), the well-known psychoanalyst appearing on TV and Radio 4’s ‘All in the Mind’, holds the view that whilst a great many psychoanalysts have a wealth of ‘data’ at their fingertips from cases, these observations are bound to be contaminated with subjective personal opinion and should not be considered scientific.

Learning Check: You are the Therapist

Learning Check: You are the Therapist

Read through the notes below. Identify the methods the therapist is using. What do you think Albert’s problem is?

A young man, 18 years old, is referred to a psychoanalyst by his family doctor. It seems that, for the past year, the young man (Albert) has been experiencing a variety of symptoms such as headaches, dizziness, palpitations, sleep disturbances – all associated with extreme anxiety. The symptoms are accompanied by a constant, but periodically overwhelming fear of death. He believes that he has a brain tumor and is, therefore, going to die. However, in spite of exhaustive medical tests, no physical basis for the symptoms can be identified. The doctor finally concludes that Albert’s symptoms are probably psychologically based.

Albert arrives at the analyst’s office accompanied by his parents. He describes his problems and depicts his relationship with his parents as ‘rosy’ – though admitting that his father may be ‘a little on the strict side.’ It emerges that his father will not permit Albert to go out during the week, and he must be home by 11 pm at weekends.

Additionally, he successfully broke up a relationship between Albert and a girlfriend because he thought they were getting ‘too close.’ In describing this, Albert shows no conscious resentment, recounting the events in an emotional, matter of fact manner.

During one session, in which Albert is encouraged to free associate, he demonstrated a degree of resistance in the following example:

‘I remember one day when I was a little kid, and my mother and I were planning to go out shopping together. My father came home early, and instead of my mother taking me out, the two of them went out together leaving me with a neighbor. I felt……for some reason my mind has gone completely blank.’

This passage is fairly typical of Albert’s recollections.

This passage is fairly typical of Albert’s recollections.

Occasionally, Albert is late for his appointments with the therapist, and less often he misses an appointment, claiming to have forgotten.

During one session Albert reports a dream in which his father is leaving on a train, while Albert remains on the platform holding hands with both his mother and his girlfriend. He feels both happy and guilty at the same time.

Sometime later, after the therapy sessions have been going on for several months, the analyst takes a two weeks holiday. During a session soon afterward Albert speaks angrily to the therapist.

‘Why the hell did you decide to take a holiday with your damned wife just as we were beginning to get somewhere with my analysis.’

Fonagy, P. (1981). Several entries in the area of psycho-analysis and clinical psychology.

Freud, A. (1937). The Ego and the mechanisms of defense. London: Hogarth Press and Institute of Psycho-Analysis.