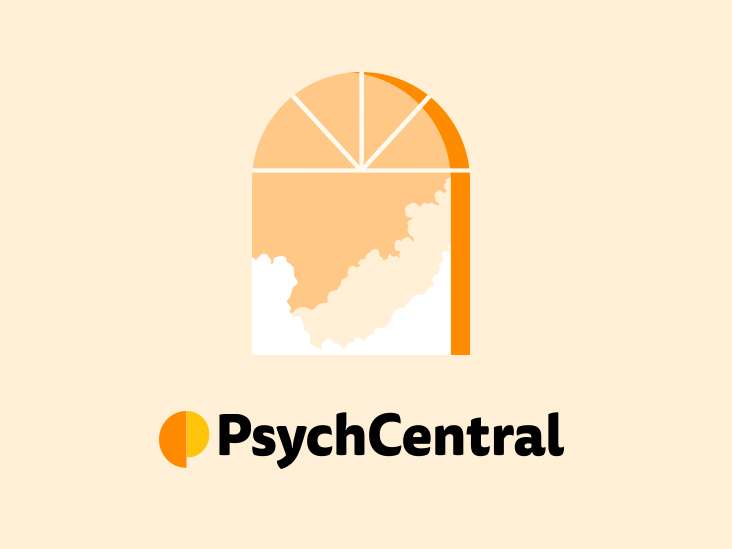 Many individuals seeking treatment for symptoms of borderline personality disorder (BPD) find that many therapists are reluctant to treat this condition.

This only adds to the suffering of those seeking help and increases their sense of hopelessness and futility.

Most insurance companies in the United States do not reimburse for personality disorder treatment. This can be a major obstacle to individuals seeking help for this serious disorder. Some therapists work around this by diagnosing comorbid conditions, such as anxiety or depression, that are often present with BPD symptoms. Other therapists are uncomfortable with this practice and, for this reason, avoid treating BPD.

2. Fear of Patients Lashing Out

Individuals with symptoms of BPD are particularly sensitive to perceived criticism. This increases the likelihood that they will feel attacked when a therapist attempts to offer suggestions or insights. This often leads to lashing out.

Inexperienced and undertrained therapists sometimes react defensively to the patient’s lashing out. This is ineffective therapeutically and often leaves the therapist afraid of the patient.

In the following example, Dr. Shrink experiences Jalen lashing out in response to a question.

Jalen: Last night, my partner told me to shut up and walked out.

Dr. S.: Did that just come out of nowhere?

Jalen: What are you asking?

Dr. S.: I am trying to understand the context.

Jalen: You think I brought this on.

Jalen: Your question was an accusation.

Dr. S.: I was just trying to understand what got your partner upset.

Jalen: You are more interested in how my partner feels than my feelings.

Jalen: I don’t know why I am wasting my time and money here with you.

Dr. S.: Perhaps you would be more comfortable with another therapist?

Jalen: At least I might find someone who cares.

As soon as Jalen lashed out at him, Dr. Shrink became defensive and then encouraged Jalen to see another therapist. A more experienced therapist who is not intimidated by lashing out could have turned this exchange into a therapeutic intervention.

Here is how Dr. Masters, who had specialized training and experience working with BPD, might have handled it:

Jalen: Last night, my partner told me to shut up and walked out.

Dr. M.: That must have been very upsetting to you.

Jalen: Of course, it was.

Dr. M.: Has something like this happened before with your partner?

Dr. M: Yet you stay in this relationship anyway?

Jalen: Are you saying that I should leave?

Dr. M.: I am wondering what you think?

Dr. Masters knew to respond to Jalen’s initial statement with validation. When Jalen confronted him, he was not defensive. He just stated his motives, and Jalen accepted it.

Sometimes individuals with symptoms of BPD lash out so intensely that it sabotages the treatment in such a way that even the most skilled therapist cannot stop this process. A common example is a patient cutting off all contact, or ghosting the therapist. The patient stops coming to sessions and refuses to take calls or emails from the therapist.

Another form of sabotage involves the patient attacking the therapist through a third party. Examples include making an ethics complaint against the therapist’s license or disparaging the therapist on websites or other platforms. This is a form of triangulation and puts the therapist in a position to defend herself. She must discredit the patient. This presents a conflict of interest that almost always defeats the treatment.

The effect of these three aspects of treating patients with symptoms of BPD, as well as other challenges, discourages many psychotherapists from treating individuals suffering from this disorder. This is most unfortunate for those who suffer. Individuals with symptoms of BPD should seek out therapists with specific training in working with this disorder. Psychotherapists who endeavor to treat this disorder should obtain specialized training and experience with the most effective techniques in treating this group.

The exclusion of personality disorders from reimbursement by most medical insurers is a significant obstacle for almost everyone seeking treatment for BPD and any provider offering services to this population. Specialized treatment for personality disorders is generally only available through private pay. The cost is generally very high and not affordable for most people. Addressing this inequity will require advocacy and lobbying, forcing the insurance industry to treat personality disorders on parity with other mental disorders. Making politicians and mental health advocates aware of this problem will increase the chances that this obstacle will be addressed, thus giving access to specialized care to more individuals who suffer from symptoms of BPD.

To find a therapist, visit the Psychology Today Therapy Directory.

Many therapists share the general stigma that surrounds patients with borderline personality disorder (BPD). Some even avoid working with such patients because of the perception that they are difficult to treat.

As reported in Social Science & Medicine last year, interviews with 22 mental health clinicians in the United States1 suggest that the BPD diagnosis “can sometimes operate as a cue to healthcare providers that they should anticipate this patient will be hard to work with,” and “some providers will avoid working with this patient group,” author Sandra H Sulzer, PhD, an assistant professor of sociology Xavier University in New Orleans, told Psychiatry Advisor. “This creates a series of cracks for patients to fall through–these patients have a medically recognized condition, and yet, they get treated as if they don’t entirely belong in our medical system.”

Clinicians may be apprehensive about the level of risk associated with symptoms of BPD, such as non-suicidal self-harm,and suicidal behavior, Shannon Sauer-Zavala, PhD, a research assistant professor at Boston University and director of the Unified Protocol Institute, told Psychiatry Advisor.

Additionally, relationship instability is a feature of BPD, and clinicians may be wary of patients with whom establishing a therapeutic bond could be difficult. They may also hold the mistaken belief that treatment is ineffective for BPD patients. Some providers who do see patients with BPD are not approaching diagnosis and treatment appropriately, recent data suggests.

Research that appeared last year in European Psychiatry investigated how psychiatrists differentiate between bipolar disorder and BPD.2 The results show that in “only a minority of assessments were symptoms of mania or BPD sufficiently assessed to establish the presence or absence of each diagnosis,” the authors wrote. “The absence of reliable diagnostic practice has widespread implications for patient care, service provision and the reliability of clinical case registries.”

It’s a cruel irony that people who have borderline personality disorder (BPD) will often have the most difficulty finding and getting proper treatment from mental health professionals. Because, unlike virtually every other mental disorder in the book, borderline personality disorder is seen as one of the worst of all disorders to try and treat. People with BPD are the most stigmatized amongst a population already burdened with heavy stigma, people with mental health concerns.

It’s the ever-changing and very intense emotions that set someone with BPD apart from others. Their relationships are fast, furious and fleeting. Whether it be a friendship or a professional therapeutic relationship, people with BPD often find it difficult to hold on to it. Their thoughts are often characterized by what cognitive-behaviorists term “black-or-white” or “all-or-nothing” thinking. You are either 100% on their side, or you are actively against them. There is little in-between.

Given this manner of looking at the world, it’s no wonder people with borderline personality disorder can be challenging to work with. They will often “test” the therapist who works with them, by either engaging in impulsive, dangerous behavior (needing to be “rescued” by the therapist, such as committing an act of self-harm), or by pushing the professional boundaries of the therapeutic relationship into forbidden areas, such as offering a romantic or sexual encounter.

Most therapists throw up their hands when it comes to treating people with BPD. They take up a lot of the therapists’ time and energy (often much more than the typical patient), and very few of the traditional therapeutic techniques in a therapist’s arsenal are effective with someone who suffers from borderline personality disorder.

Dozens of people with borderline personality disorder have shared their stories with us over the years, expressing the pure frustration they experience in trying to find a therapist willing (and able) to work with them (see, for example). They often recount stories of having to go through therapists in their local geographic vicinity like others might go through a box of tissues at a funeral. It’s distressing to hear these stories time and time again.

But that’s not the way it should be.

Borderline personality disorder is a legitimate, recognized mental disorder that involves long-standing and negative patterns of behavior that cause a person great distress. People with BPD need help as much as the person with depression, bipolar disorder or anxiety. But they’re not getting it because they are being discriminated against by therapists who simply don’t want to deal with the time and hassle of someone with BPD.

Therapists can legitimately turn away someone seeking their help if they don’t have the skills, experience or education necessary to treat a specific concern. Borderline personality disorder is best treated with a specific type of cognitive-behavioral therapy called Dialectical Behavior Therapy (DBT). This specific type of psychotherapy requires specialized training and education in order to use it productively and ethically.

Few therapists bother to learn this technique, however, because of the trouble that is commonly associated with people with BPD. Plus, they think, they may not even get reimbursed for treatment of this concern because generally most insurance companies do not cover payment for treatment of personality disorders (no matter how much pain the person is in). This is a bit of a red herring argument, however, as professionals know many reasonable and ethical ways to obtain such payment by adding additional, reimbursable diagnoses on the patient’s chart.

The stigmatization and discrimination of people with borderline personality disorder needs to stop within the mental health profession. This bad behavior reflects poorly upon therapists who repeat the same inaccurate and unfair generalizations about people with BPD as others did about depression three decades ago. Professionals should know the local therapists within their community who are experienced and well-trained to treat borderline personality disorder. And if they find such numbers lacking, they should seriously consider it as a specialization of their own.

But if a therapist does nothing else, they should stop talking about people with borderline personality disorder as second class mental health citizens, and start treating them with the same respect and dignity all people deserve.

What meds are good for bpd